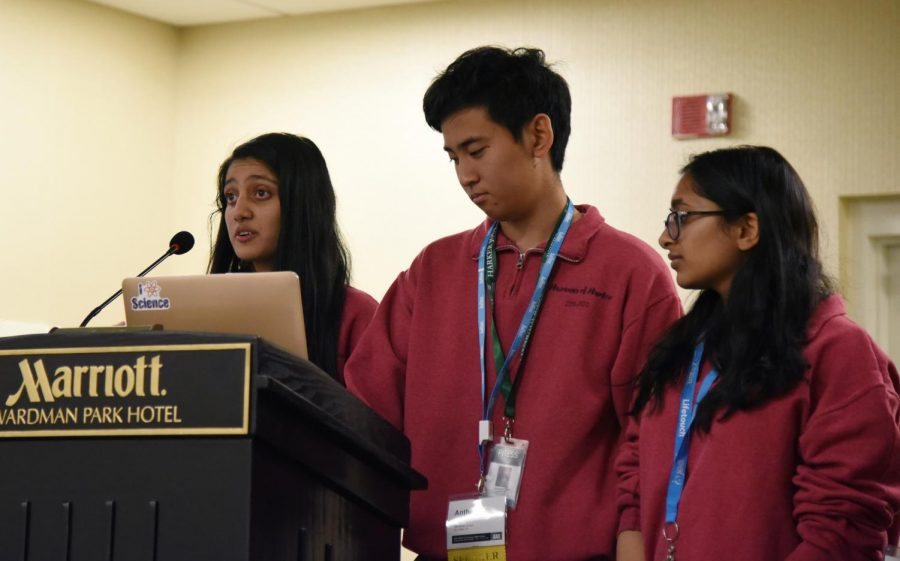 WASHINGTON, D.C. — Journalism students from TALON, Winged Post and Harker Aquila traveled to Washington, D.C. from Nov. 19 to 23 for the JEA/NSPA fall journalism convention, in which the Winged Post was named as a Pacemaker finalist, and four Individual Award finalists were named: one for social justice reporting, one for local climate change reporting and two for digital story of the year.

After landing on Tuesday evening, students split into three groups and visited the Newseum, African-American History Museum or explored D.C. They were joined by director of journalism Ellen Austin and chaperones Katy Rees, Eric Kallbrier and Pilar Aguero-Esparza.

The staff reconvened at the U.S. Capitol where they visited Speaker of the House Nancy Pelosi’s office and interviewed hunger strikers who were advocating for climate change.

“We were able to interview congresspeople, and it was really fun to interview them and hear their diverse perspectives,” junior Aditya Singhvi, who is the Aquila sports editor, said. “I was able to apply all the journalistic skills I learned in a professional setting, which was an informative experience.”

On Thursday, the program visited the Capitol once again, attending House and Senate sessions and attempting to obtain press credentials for the impeachment inquiry hearing. In the afternoon, students visited both the National Public Radio (NPR) and Associated Press (AP) offices; NPR reporter Hannah Allam hosted a tour of the studio, and AP photo editor Jon Elswick answered questions regarding political and sports photography from students.

“It was a unique opportunity to learn about journalism and different kinds of journalism,” said Smrithi Sambamurthy (9). “I was also able to meet some of the upperclassmen on staff and bond with Harker journalism.”

Three groups from Harker journalism also hosted their own sessions about the Humans of Harker project, 2020 election coverage and longform features.