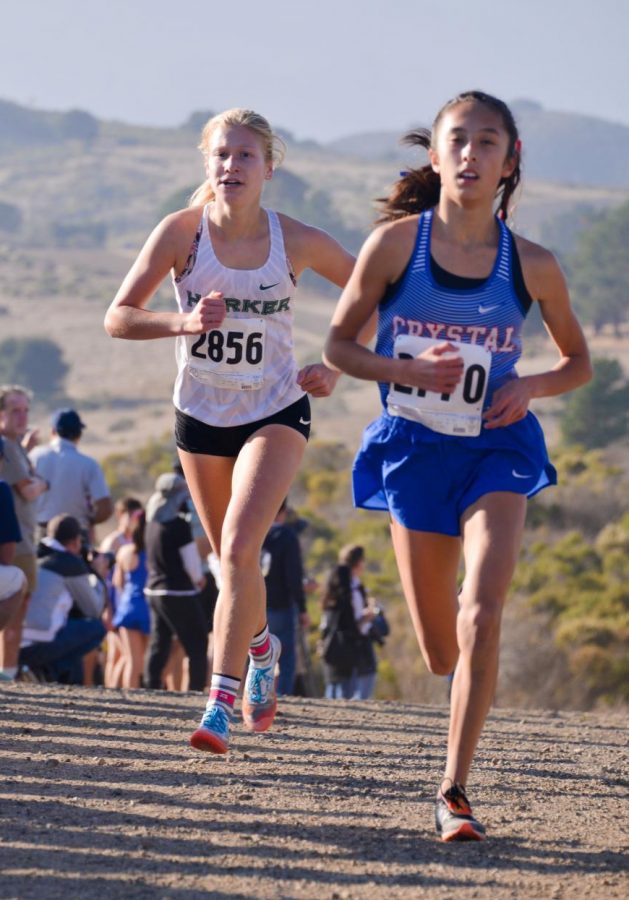 Anna Weirich (11) placed first in the Central Coast Section (CCS) finals Division 4 cross country race on Saturday, qualifying to the state meet to be held in Fresno on Nov. 30.

Anna beat her Nov. 8 season record on the Crystal Springs course by 24 seconds to take gold, ahead of the nearest competitor by 47 seconds.

Rigo Gonzales (9), who qualified individually, placed 61st out of 119 competitors at the meet.

Anna will compete at Woodward Park in Fresno on Nov. 30 at the CIF State Championships for the second time in her high school career.