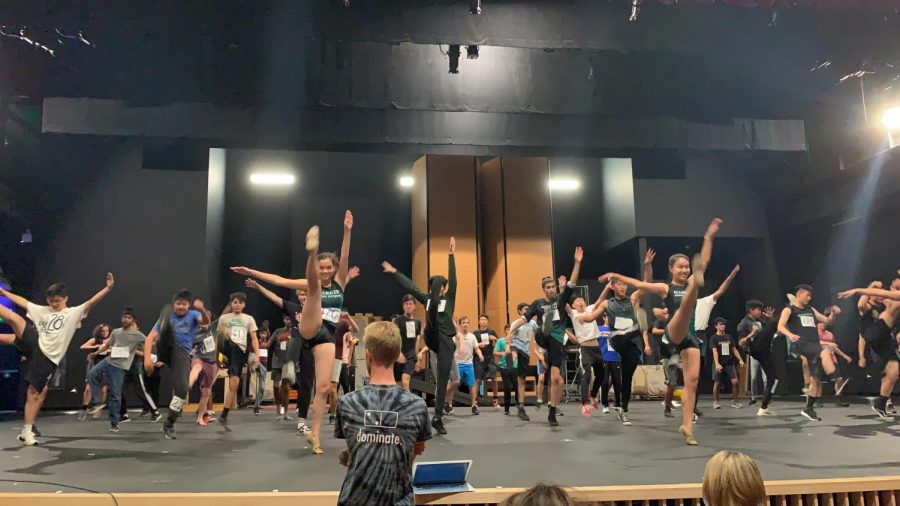 Auditions for the annual dance production took place on Saturday, Sept. 14. Students of all ability levels from all four grades were encouraged to audition, even if they had never danced before. This year, 173 upper school students auditioned, an indication of the popularity of the dance show.

“It was a great experience because it was kind of professional, so it’s like preparing you for a real audition,” said freshman Eileen Ma, who auditioned for the first time. “It was really different because in middle school, it was more casual… but at the high school, it’s more legit.”

“[The theme] provides enough structure for the choreographers to keep it fresh and interesting, but it is open ended, where they have a lot of freedom with the music that they can choose,” said upper school dance teacher and production director Karl Kuehn. “Because so many songs have different covers interpretations and remixes nowadays, different versions are easily accessible.”

“I think that because it’s a more broader theme then in the past, we’ll have a lot of interesting song choices,” Chloe Chen (12), a second-year choreographer, said. “It’ll have a really diverse vibe and atmosphere because there’ll be a lot of different music choices from all sorts of genres, and also, all sorts of decades.”