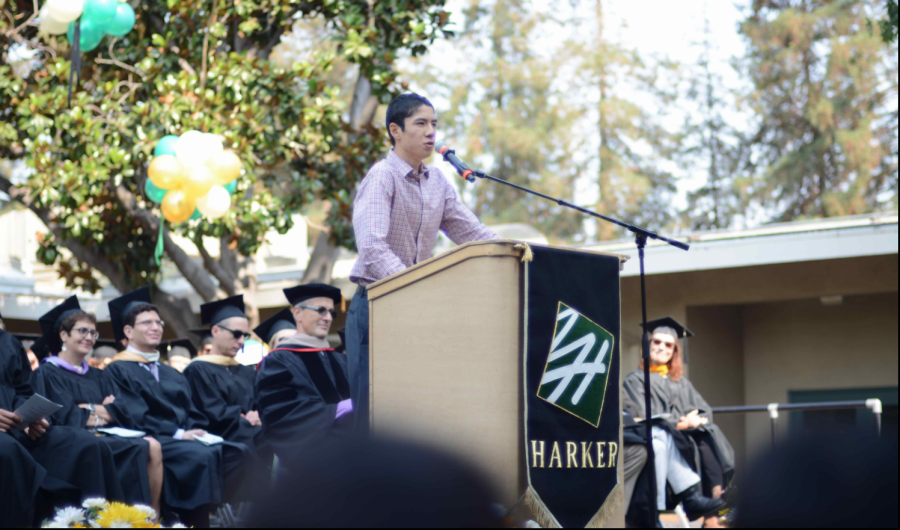 Former ASB president Sandip Nirmel ('17) makes a speech at matriculation in 2016. The Harvard Crimson reported Friday that Sandip, who was a sophomore at Harvard University, died of "an extended illness" on Thursday.