Keval Shah spreads joy to all 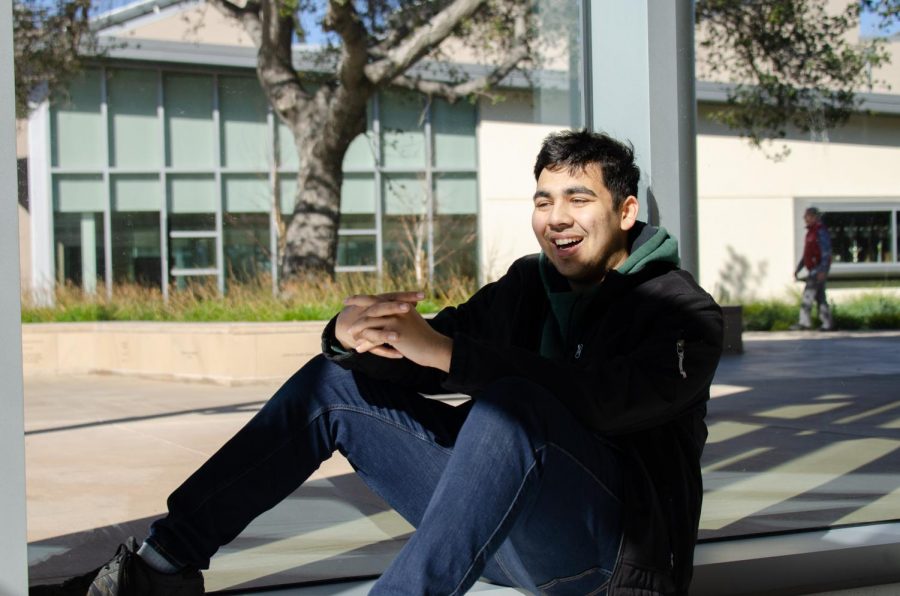 “If you want to something to have an impact in the future, everyone involved has to be invested to that certain cause, and I feel that it comes greatest especially when its a close group of friends. That close group of friends think alike and all devoted to each other," Keval Shah (12) said.

Whether he’s on the field playing volleyball during lunch or talking with friends, Keval Shah (’19) can be seen having fun while still managing his work. When he has free time in his AP English Literature class, his face lights up as he plays code games with his classmates, and he makes his classmates joyous and excited. Not only do his friends notice his positive attitude, but his brother, Kushal Shah (10), also does.

“He’s always been super laid back, and I think he’s super caring; he always checks in with everybody — family and friends — to see how they’re doing,” Kushal said. “He can be whoever you need him to; if you need someone who can be understanding and helpful, he’ll be that guy for you, and if you just need a friend to chill out and relax with, he’ll be that dude.”

Keval’s friends also agree on his light-hearted and upbeat attitude that cheers up any group he’s with.

“Keval is just really funny. He makes everyone in the room laugh and when you’re around him, it’s impossible not to have a good time.” Katherine Zhang (’19), his friend, said. “He draws your attention naturally because he’s just a really fun person to be around.”

This past year, Keval was a part of the Harker TEDx team as the Director of Operations, helping drive the organization forward.

“[The experience] was really informative, and it helped me learn a lot about teamwork and the amount of work you need to start your own organization, especially since everyone who is a part of Ted-x is motivated to throw an amazing lineup of events,” Keval said.

TEDx inspired him to create his own organization with a group of friends, called TILE.

“At school, I started an organization called TILE with a small group of friends where we have a speaker every single year,” Keval said. “We talk to students about business, entrepreneurship and leadership.”

While he runs an organization and led TEDx, his mindset to live life is to not just work, but to also be relaxed and light-hearted.

“He doesn’t want a work session to be just super focused and on task with no fun at all. He’s just a very light-hearted person; it’s not that he doesn’t take things seriously,” Kat said. “When you talk to him about what he wants to do with his life, he talks about medicine and being a doctor; you can tell he knows what he’s doing, but at the same time, his attitude is like ‘I want to get places in life and be successful, but it’s just life.’”

Through his mindset, he’s explored and discovered new activities from surfing to joining new clubs.

“He’s definitely not scared of trying new things; he’s pretty open minded and is always looking for new experiences in different things like paragliding and surfing,” Kushal said. “It transfers over to school too he tries different classes and different clubs. For him it’s all about the experiences and the people he meets along the way.”

Other than experimenting with new things, he’s spent time with his brother, especially during senior year.

“In the last six months, we’ve bonded a lot more and now since he’s a sophomore, I’m helping him out with homework and for classes as I have a lot of free time on my hands,” Keval said. “We’ve definitely grown a lot closer over these last few years.”