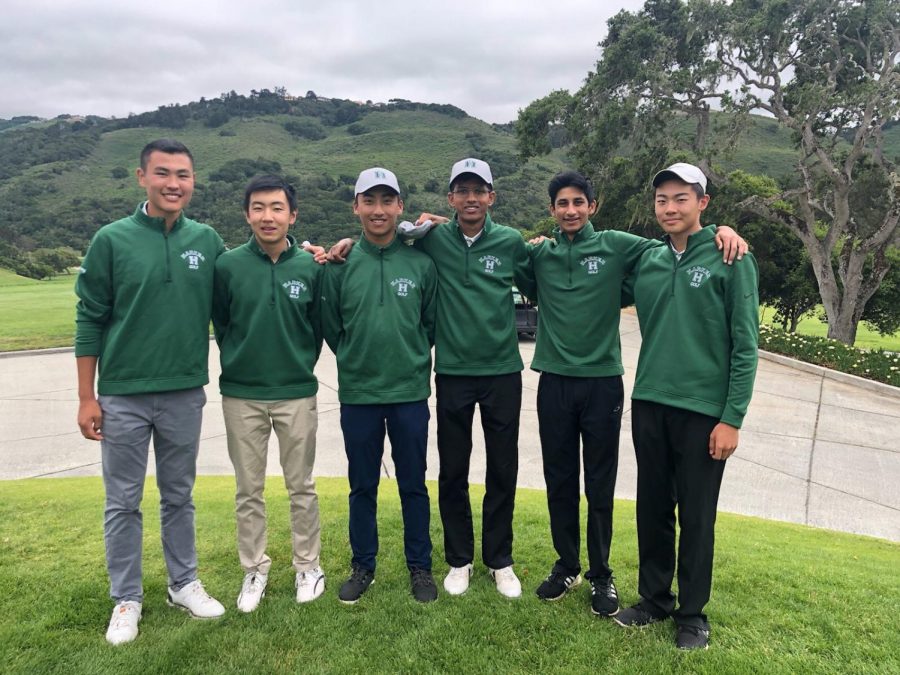 After winning their sixth consecutive league championship and earning third place at the WBAL Championships, the varsity golf team ends their impressive season with sixth place in the CCS Championships on Tuesday, May 14.

Only two strokes away from earning fourth, the boys played in the highly competitive tournament and were able to earn a final score of 388 points. Bradley Lu (12) tied for eighth place individually, scoring 72 points, and Aditya Tadimeti (10) and Jaiman Bhagat (11) were close behind him at 74 and 76 respectively.

In order to compete at the championships, the team was also required to qualify at then CCS Regionals on May 7, which they did after earning fourth place at this earlier match. Bradley again led the team, achieving a score of 72, one over par, and tied for third place in the tournament. He was followed by Bowen Yin (10), who tied for fifteenth place with 75 points.

“I think it was a really good year overall. We really bonded as a team throughout the entire season. We came out with a lot of big wins even though we were the underdogs in a lot of matches. We came out with that win against Menlo which I don’t think anybody expected,” co-captain Bryan Zhang (10) said.