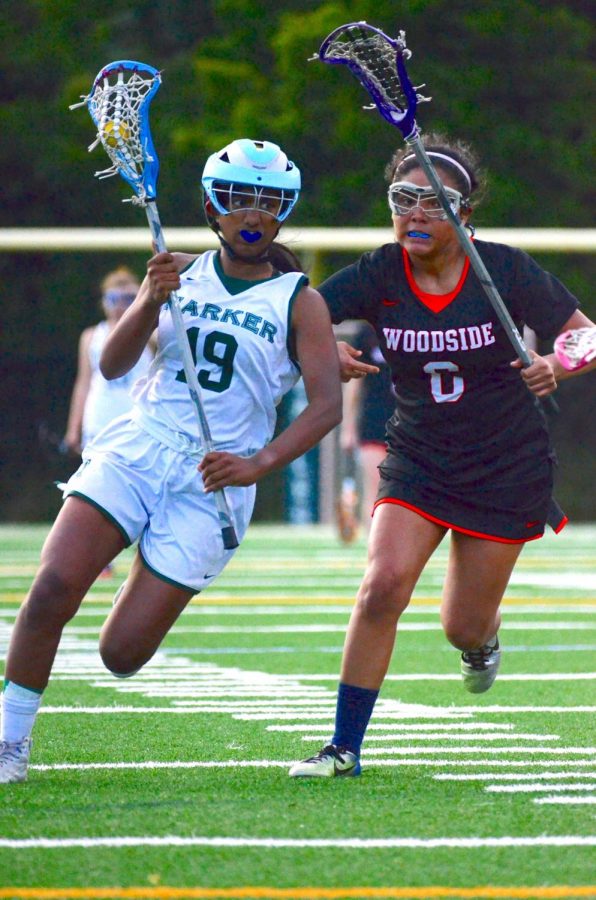 Anna Vazhaeparambil (10) cradles the ball as she runs past a defender, aiming for the opponents’ goal in the semifinals. The girls lost 9-6 to Woodside.

After defeating Aragon High School 7-6 on Tuesday this week in their quarterfinals match, the girls lacrosse team qualified to play in the WBAL semifinals, where they lost 9-6 to Woodside High School.

Although this is the team’s second loss to Woodside and marks the end of their season, the girls earned the title of league champions for the second year in a row after their 9-1 record and are proud of their growth and improvement, not just as individual players but as a combined unit.

“The Harker team that stepped onto the field on Thursday was completely different from the one that played Woodside the previous time,” goalie Nellie Tonev (11) said. “We had all improved in skill and came into the game more unified and determined than ever. Overall, this was an incredible season full of hard work and perseverance, and I could not be prouder to call myself a part of such an amazing team.”