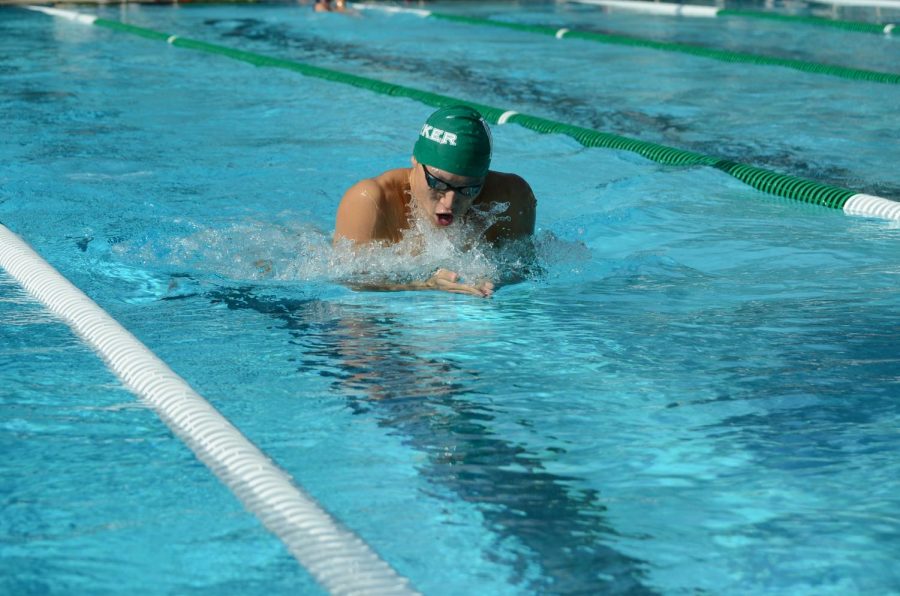 Ethan Hu (11) swims in the 200 IM against two opponents from King's Academy during an earlier meet in the season. Ethan smashed both CCS and State records in the 200 IM and 100 Fly this year.

Despite being a small team, the Eagles overall placed fourth at the meet.