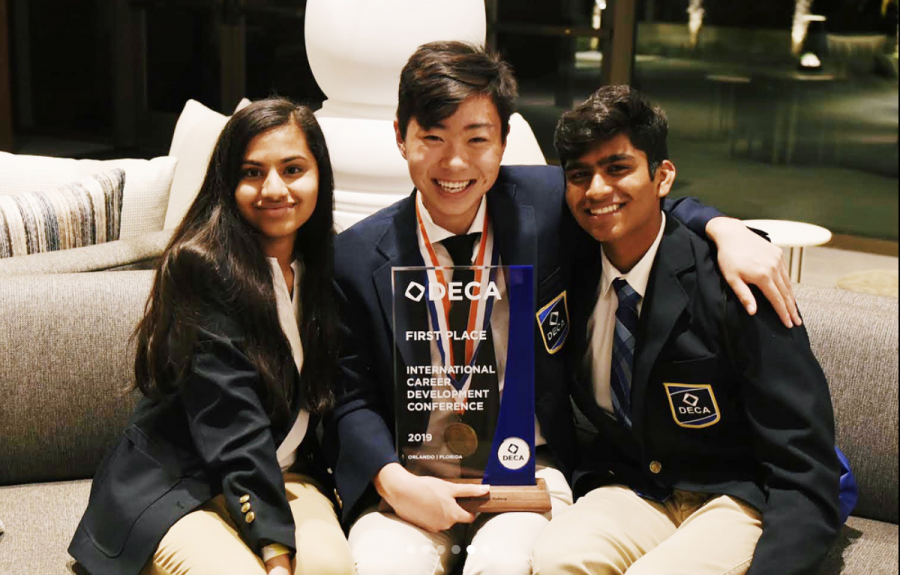 Qualifying DECA members competed in Orlando, Florida from April 27 to 30 for the organization’s annual International Career Development Conference (ICDC), which hosted over 18,000 other students worldwide. Students had to qualify for the conference at the State Career Development Conference (SCDC) late February, spending months beforehand preparing role-plays and presentations.

“These past three years, I’ve been searching for validation through DECA,” Phil said. “Because it was my dream for so long, when it actually happened, what I felt was almost indescribable. I am extremely grateful for everyone who has supported me and of course, my partner Evan.”

Evan expressed similar sentiments, feeling grateful for bonding well with his partner, Phil. Although unexpected, Evan thought the duo deserved the prestigious award after all the time they spent practicing for the role-plays individually.

“Going into the conference, I had no idea what to expect since Phil and I had not practiced together beforehand,” he said. “The entire thing was a blur—throwing together strategies the night before, going into our first role-play, then qualifying for the final round. When Phil and I finally heard our names called for first place at the award ceremony, the feeling was pure elation, and there’s no one I would have rather shared the moment with than Phil.”

Ronit Gagneja (11), Pranav Varmaraja (9) and Naveen Mirapuri (11) received awards for their role-plays but did not place in their overall events.