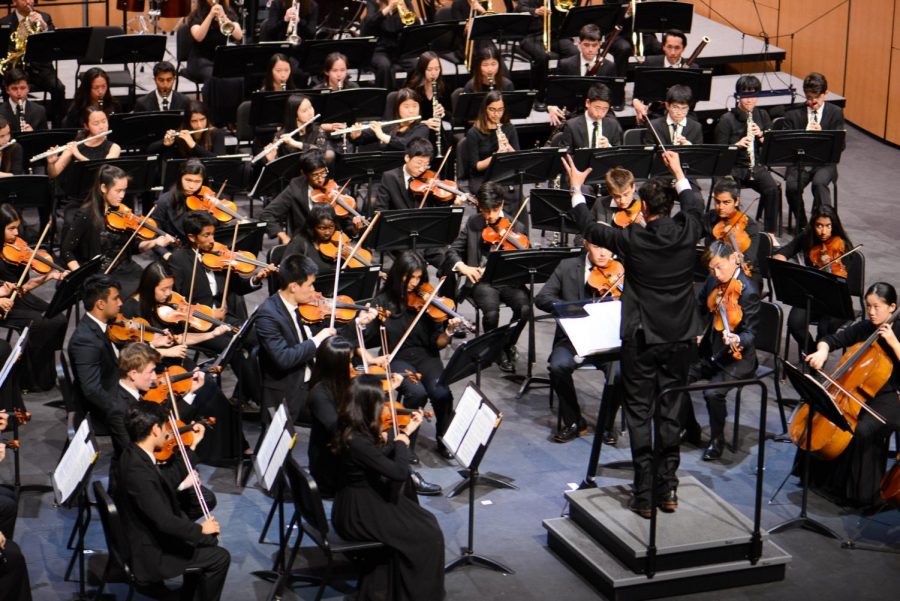 Wrapping up a year of concerts and performances, the upper school orchestra played their final concert of the school year in the Patil Theater tonight, honoring senior musicians in an expansive collection of pieces that ranged from Harry Potter to Stravinsky.

The show, which began at 8 p.m. following a middle school orchestra concert, opened with a Dvôrák symphony, followed by a rendition of “Harry Potter and the Goblet of Fire” along with a skit between Upper School Division Head Butch Keller, playing the role of Dumbledore, and orchestra director Dr. David Hart. The orchestra then concluded the first act with Tchaikovsky’s violin concerto, which featured concertmaster Constance Horng (12) as a soloist.

After intermission, the orchestra narrated the story of Ivan and the Firebird through music in Stravinsky’s “The Firebird Suite,” before recognizing the nineteen senior performers in orchestra with flowers and a performance of sophomore composer Anika Fuloria’s original piece, “The Final March,” in which each senior musician had a solo part. The evening concluded with a buoyant performance of José Pablo Moncayo’s “Huapango.”