Humans of Harker: One step at a time

Neil Tipirneni gives to others 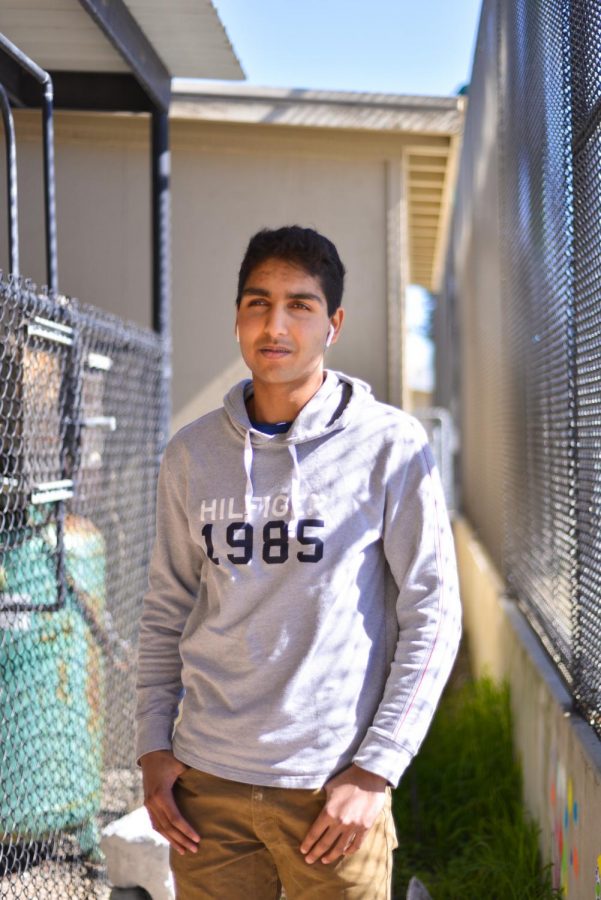 "I am a mix of an extrovert and an introvert. I like talking to myself, but I enjoy other people's company. Ambivert, I guess," Neil Tipirneni (12) said.

Wearing a Harker water polo jacket, Neil Tipirneni (12) sits, slightly leaning against the table, exuding a quiet confidence. Seeming sure of himself, he talks with a calm, steady voice. Despite his stoic exterior, Neil’s friends described him as outgoing and funny.

“I think that some of my friends would also think that I am calm and collected sometimes,” Neil said, “But when the situation calls for it, I’m all funny and goofy, and I like to fool around a lot.”

While Neil still can be wild, Neil’s advisor, chemistry teacher Andrew Irvine, believes that he has become more mature and is proud of his development.

“He was a diamond in the rough that need guidance and shaping,” Mr. Irvine said, “I think that not only did I help shape the senior he is today, he actually helped me make another step as a teacher and learn how to see potential in students like that and help him reach his potential.”

“What matters most to him is keeping everything light, especially when you’re bogged down with college apps and everyone’s stressed,” Cameron Jones (12), one of Neil’s friends he made in advisory, “Neil can really lighten [the atmosphere], crack jokes…I guess he has an ability to do that.”

Neil’s motivation to tell jokes is as simple as wanting to cause joy in others.

“I just like making jokes. I like seeing other people laugh,” Neil declared, “It just brings some happiness to me that I can make other people more cheerful.”

Neil does not just improve the lives of others through his humor; he also participates in community service. His parents ingrained the need to do community service in Neil and his brother as they grew up. After ninth grade, Neil started to enjoy doing community service and became co-president of the non-profit organization Computer Programing for All (CPFA).

“Seeing the impact it can have on another human being, that was a big deal to me,” Neil said. “ I think that pushed me to start my own organization, CPFA, to teach underprivileged kids programming.”