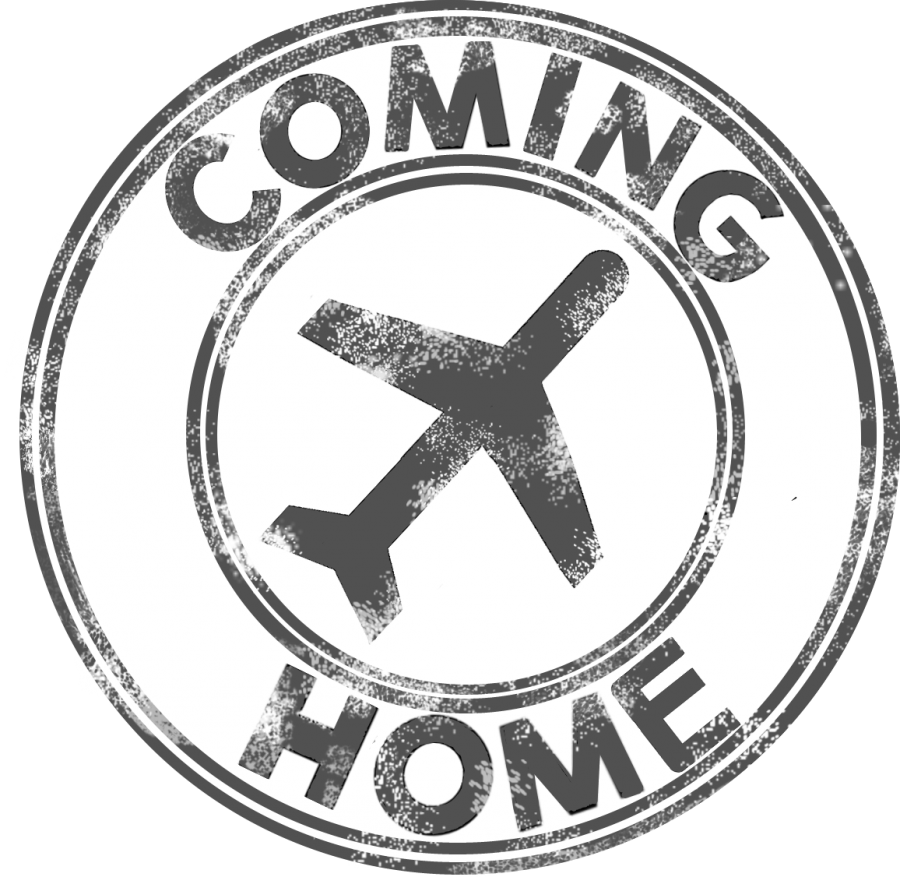 Four Harker students share their stories of living and learning abroad. “You get to experience different cultures and learn more about the world through doing things rather than learning about other places at school. Even though it’s a difficult transition process, in the end, I think [living internationally] really helped me as a person,” Caden Lin (9) said.

International Student Nemo “Li Zhi” Yang (12) found himself in a predicament with the most bothersome adulthood chore: tax return. After filing his documents, Nemo did not notice their disqualification due to misfilled information. And a series of unfortunate events preceded.

First, his financial institution—his bank—rated his account not secure after the disqualification notification and proceeded to foreclose it. All of his credit cards and checks were unusable. But Nemo was not warned. Next, it was time to pay his monthly rent. Nemo signed his check and sent it to his landlord. The check bounced. But Nemo and his landlord did not know right away. After several days, Nemo finally found out his rent was not received, after his landlord’s nearly kicking him out and his paying a high late penalty fee.

The United States hosted the most international students of any country in the world, with about 1.1 million in 2017, according to the Migration Policy Institute. And according to the Department of Homeland Security, 30 percent of those were Chinese. While not all of these students’ experiences resemble Nemo’s, they all become more aware of what it is to be self-sufficient.

When Nemo moved to the U.S. alone from China at age 15, he learned to live without his parents’ constant support. While he did stay with a host family, they had a different role than his parents, who had done everything from picking him up whenever to “cooking with love.”

“I feel like kids who are living with their parents or [who] have parents who care about them don’t realize how much love and care that parents provide. Take me for example, I feel like I’m super spoiled by parents. They don’t have to pick me up everyday when I get off school or when I forget something bring stuff to me at school. [But they do.]” Nemo said. “Nobody except your parents will be willing to do that for you. The host families, taking it quite literally, have no obligation to do [these] things. Say if you woke up late, they won’t come back from work to take you to school. You have to figure your way to school.”

Nemo learned to separate laundry and cook, ultimately using the latter as an escape from stress. Now living independently, Nemo also learned how to manage his medical and car insurances, electricity bills, rent, bank accounts and tax returns. As a foreign national and non-taxpayer who obtains financial activities, like the aforementioned bills, he has to report to the Internal Revenue Service his situation for tax return.

His legal guardian and family friend as well as former Harker parent Connie Sheng pointed out Nemo’s strength and independence.

“I have to give Nemo credit. He did a lot of that by himself. He didn’t actually come to me. He may ask me for advice or tell me [his] situation,” Connie said. “But he did all the heavy lifting himself—by going on websites and finding the availability of host families and scheduling meetings to meet those families and making the decisions.”

Helen “Jin Yi” Li (10), was one of these students. She was born in Canada and lived in China from two years old to 11 years old. She moved to California with her family during the summer before seventh grade after her sister Tina Li (‘17) was accepted to Harker.

What she misses the most about China is the transportation, when compared with California.

“Transportation is a big thing for me because I usually go out on the weekends with my friends by myself because we didn’t really need cars,” Helen said. “We just relied on buses, metro and taxis in China. Here I need to contact my parents every single time I need to go out because you need a car for everywhere.”

Although Shrey Khater (9) was born in Houston, Texas, he moved to Bangladesh with his family at the age of eight where he lived in a small community of expatriates, or expats, in a zone of about two blocks. Due to the limited amount of space, there was not much for a child to do there.

However, upon enrolling to the American International School Dhaka, which he attended for around two years, he found a wealth of activities to participate in.

“People would go to the school a lot because it was a meeting place,” Shrey said.”There was the American club, the British club, and it was a really tight community there.”

Because of his young age, Shrey recalls little of his time in Bangladesh, but when he turned 10, he departed for the metropolitan city of Jakarta, Indonesia. Life in Indonesia was drastically different from Shrey’s experience in Bangladesh; whereas the community at Dhaka was closely knit and restricted, Jakarta’s lively, energetic atmosphere offered a busier lifestyle for Shrey.

“Jakarta is a really big, bustling city with lots of skyscrapers. There’s more than a hundred malls, and you can go to a lot of places,” Shrey said. “There wasn’t as tight of a community in Jakarta since it’s much more far spread and there’s a lot more international schools.”

In eighth grade, Shrey returned to America and found the Bay Area’s dominantly suburban environment a surprising change but found Harker to be welcoming.

“My first impression of California was a lot quieter and calmer [than Jakarta] but at Harker, it’s also bustling,” Shrey said.

However, Harker’s curriculum, although similar to the international schools, is more intensive and highly competitive.

“The academic pressure and load is a lot more because in those schools, there’s not as many academically advanced students [as] at Harker, so the workload was less,” Shrey said.

Despite the difficulties of moving from country to country, Shrey deeply appreciates the experiences he has gained from his time in Bangladesh and Indonesia.

“I learned a lot from my travels, because while in Asia, I also visited 20 to 30 [other] countries, and I became a lot more world-aware,” Shrey said. “I feel like I understand a lot more about people and feel more empathy towards different cultures.”

Despite having vacationed there previously in second grade, Caden Lin (9) was startled by the extreme ambience of Thailand’s culture when he moved there from California in fifth grade due to his father’s job.

“They had this strong idea of kindness, and it’s a lot more peaceful than it is in America,” Caden said. “Everyone’s nice, and even though I don’t speak the language, they’re accepting about it and they try their best to understand what I’m saying. People there are more reserved.”

However, because he lived in a community of people who were also foreign to the country, a typical day in Thailand for Caden was not that much divergent from a day in America. Moreover, attending the International School Bangkok helped ease the difficulties of joining a new school.

“Everyone else in the school is kind of in the same situation as you; most of them are born in western countries and also moved to Thailand, so you can relate with their lives and who they are since their upbringing is kind of similar to yours. In that sense, you can bond easily with the new students and you have something to relate to,” Caden said.

Since returning to America, Caden misses not only his close friends and the delicious food, but also the differently styled classes at his school in Thailand.

“There’s very little memorization and a lot of it is more problem-solving, and I think that’s more applicable to real world situations. I miss the problem-solving aspect of the curriculum,” Caden said.

Through his time living internationally, Caden has gained a first hand account of global diversity.

“You get to experience different cultures and learn more about the world through doing things rather than learning about other places at school. Even though it’s a difficult transition process, in the end, I think [living internationally] really helped me as a person,” Caden said.