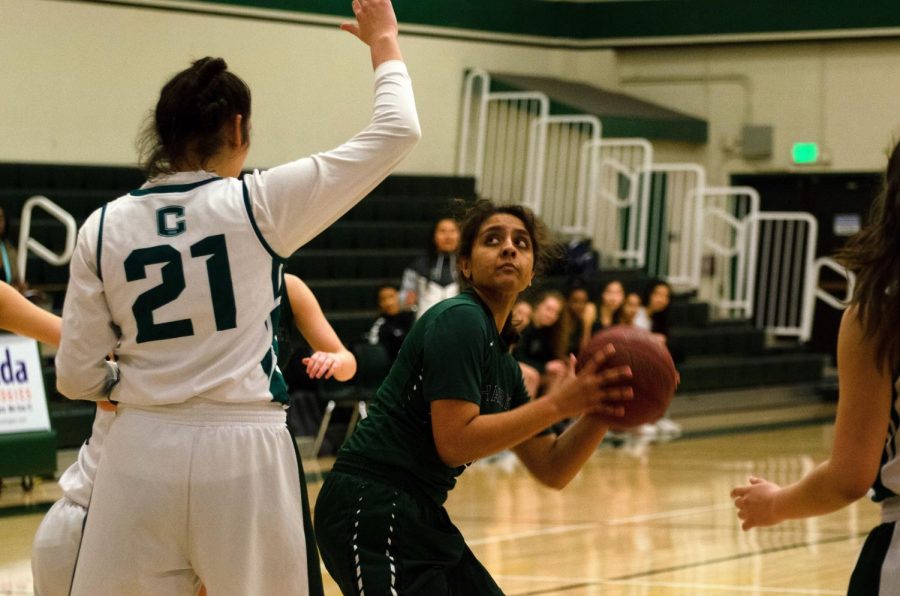 Varsity girls basketball captain Akhila Ramgiri (12) tries to score over a James Lick defender. The girls end their season with an overall record of 13-10.

The varsity girls basketball team fell to James Lick High School with a final score of 64-55 last Friday, while the varsity boys fell 63-52 to Palma High School last Saturday. This represented the first round of Central Coast Section (CCS) play for both teams, and their respective losses eliminated them from the tournament.

CCS brackets for the winter tournaments can be found here.