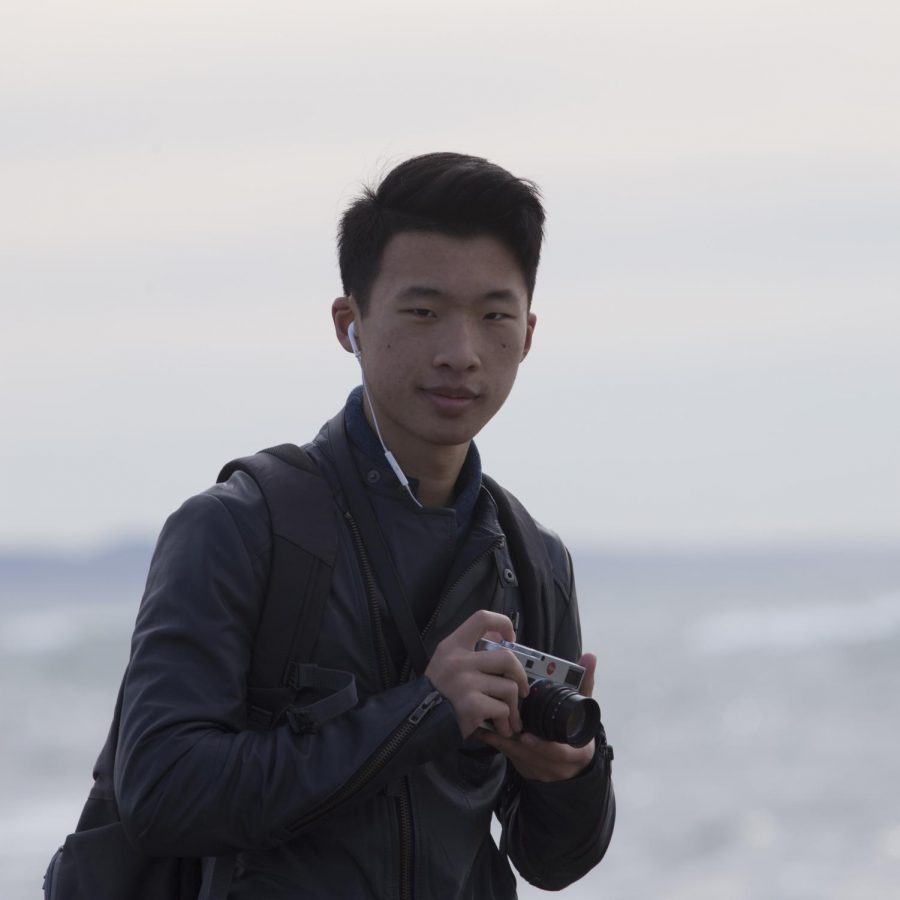 “You can’t solve everything with STEM. I’m not going to save the world with STEM...You are not supposed to fight global warming by making an engineered device that will get rid of all the pollution or get rid of any chemical waste. You are supposed to pass policy, change the philosophy of the big companies that are causing all the pollution...That’s not something that science is going to fix. That’s humanities; it is humans,” Timothy Chang (12) said.

Wearing formal business attire, Timothy “Timmy” Chang (12) stands confidently behind the podium. His eyes narrow with determination as he looks intently at a note passed by one of his teammates. One long, grueling year of physical, theoretical and experimental research flashes through his mind as he comes up with a strategy to defend his findings at the United States Invitational Young Physicists Tournament.

For Timmy, even though both his parents majored in physics, he has been more inspired by physics itself than by the influence of people around him.

“I really like how physics affects problem solving in a very pure sense,” Timmy said. “Once you are familiar with all the concepts, it’s almost like figuring out a puzzle. You find a starting point and you go from there.”

Timmy is grateful for the intellectual vitality at Harker which has facilitated his growth in physics and attributes his success to his mantra: “The more you seek the uncomfortable, the more you will become comfortable.”

“I try a lot of different things. I do art, Latin and physics. I feel the first hurdle of getting into rhythm of something is always the hardest part for me. Once I get rolling … I can start and then be really into it,” he said. “It’s just the first attempt of doing something that’s hard. I think that seeking the uncomfortable resonates with me a lot because I have done a lot of new things in high school.”

Timmy’s dedication and grit has helped him through high school in achieving his goals.

“At first, everything was hard. I didn’t know how to start problems. But I had this routine, every Sunday morning from 8-12 would be physics. At first, in 4 hours I would get to 5 problems…but now I can grind through a bunch of problem sets,” Timmy said. “With that quote in mind, I know that the end goal will be I will be successful, I can succeed and I will be able to learn what I finally do.”

Known on campus for his astronomy pictures and as a highly sought after photographer, Timmy loves to escape into the world of photography as a means of stress relief.

Timmy’s interest in photography started for fun when he would take pictures with his camera on vacations. The world changed for him in eighth grade when he received a camera set for his birthday. Dissatisfied with his initial pictures, Timmy devoted his free time to improving his photography.

“You look and you learn. I started reading lot of stuff online, reading my camera manual,” he said. “A lot of my friends are very supportive of my photography. They enjoyed it so they encouraged me to keep taking pictures.”

Photography has opened up a whole new world for Timmy with and without his lens, bringing a new sense of fulfillment to his life.

“You don’t learn photography to learn how to see through a camera—you learn how to see without one…when you have a camera in your hand and you are taking pictures, you look at the world in a different way,” Timmy said. “After I got in photography for a while, it started becoming like how I see the world like that even without my camera. I felt more awakened, and I was a lot more aware.”

Timmy’s coach and math teacher, Dr. Victor Adler remarked on Timmy’s diverse set of interests ranging from physics to math to science to his passion in arts.

“The big thing is his pictures. He’s taken many pictures for the water polo team, and they’ve been terrific; he’s got a nice artistic eye.”

“You can’t solve everything with STEM. I’m not going to save the world with STEM…You are not supposed to fight global warming by making an engineered device that will get rid of all the pollution or get rid of any chemical waste. You are supposed to pass policy, change the philosophy of the big companies that are causing all the pollution…That’s not something that science is going to fix. That’s humanities; it is humans,” Timmy said.

Timmy’s sense of humor and wit has helped him form his closest friendships. “Our friendship revolves around us making fun of each other, but we both know our limits,” Scout McNealy (12), Timmy’s friend since middle school, said. “However, Timmy also is a voice of reason for me. Whenever I need advice, I know that he will always give me something substantial.”

“He is a driven, fantastic friend,” Josh said. “He will always be there for you, and he will always have your back…He will always make time for you even if he is super busy himself.”

As president of Science Competitions Club, Timmy tutors others, mainly underclassmen, in STEM related subjects they are struggling with and is passionate about giving back to the community.

“I have this philosophy that as a person who is privileged with the education and upbringing that you have, you have to give back to impact the world in a positive way. If I live this life and I have the education that I do and I don’t do anything…then that’s a failure,” Timmy said. “If you are going to school like Harker with the resources that it offers and everyone here is going to go to a good university down the road…and we don’t capitalize on these opportunities to benefit society or other people, then we have failed.”