Behind the Scenes: Student Directed Showcase in pictures 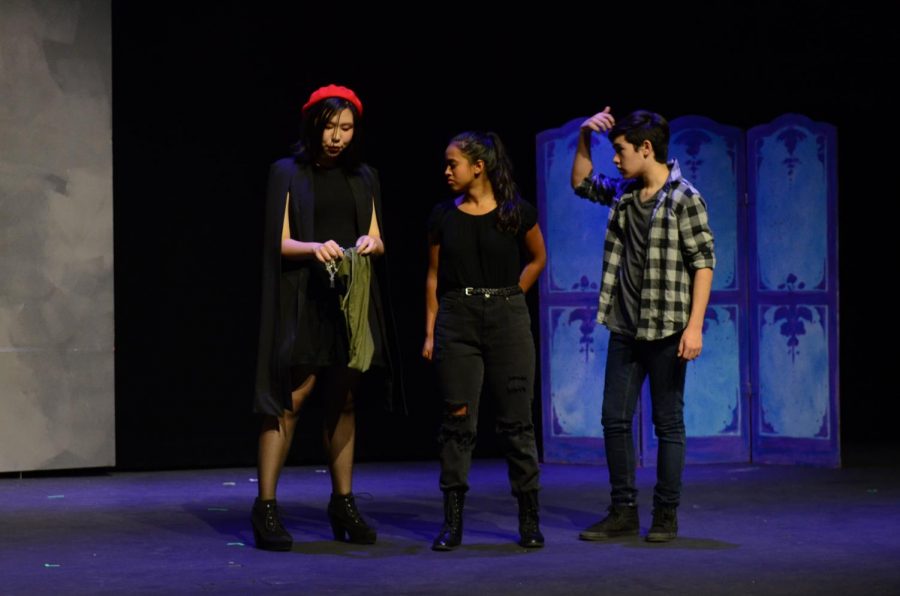 Sarah Raymond (10), who plays the character Miriam, shows a bag to Lisa Barooah (10), playing Olivia, and Joel Morel (11), playing Cody. In "And Action," Miriam is a high schooler who plays a French villain in her friend's movie.

Student performers presented the annual Student Directed Showcase, a performing arts event directed by seniors, this Friday and Saturday evening from 7 to 9 pm.

This past week, performers rehearsed in the RPAC. Take a peek into their dress rehearsal last Thursday below. 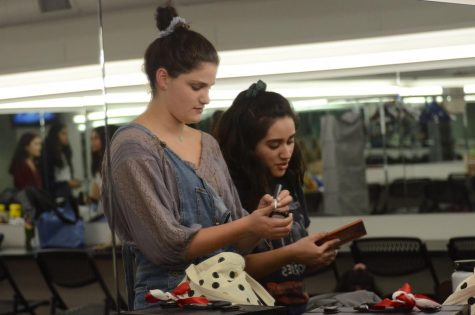 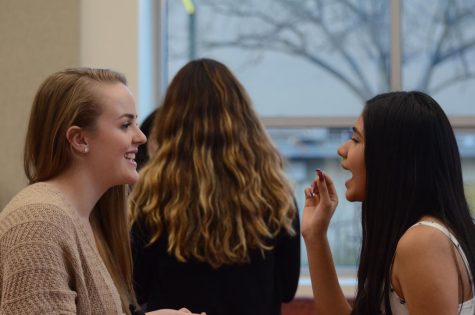 Nicole TianMarina Logue (12) and Aditi Bharti (10) recite their lines to each other before going on stage. 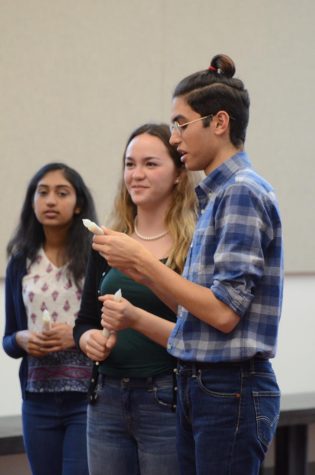 Nicole TianAlexander Kumar (10) holds a candle while practicing as Lauren Beede (11) and Vaishnavi Murari (10) look on. It was their turn to go on stage soon after this. 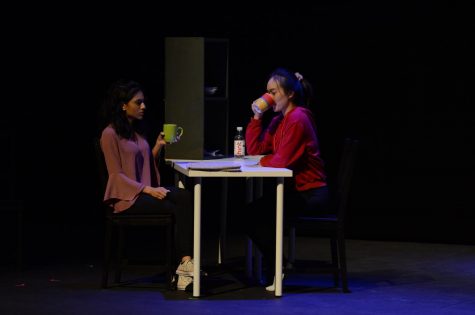 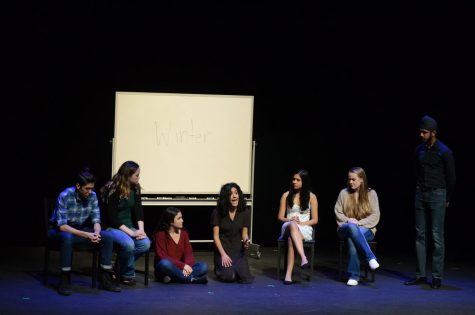 Nicole TianAryana Far (12) speaks to a group of parents in “26 Pebbles.” This play is about Newton, Connecticut after the Sandy Hook Shooting. 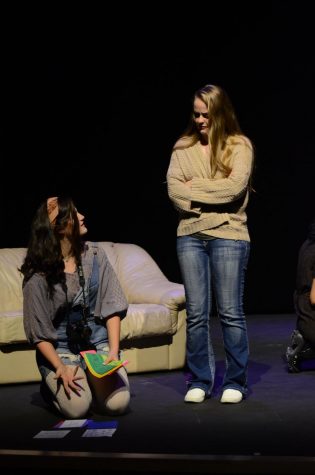 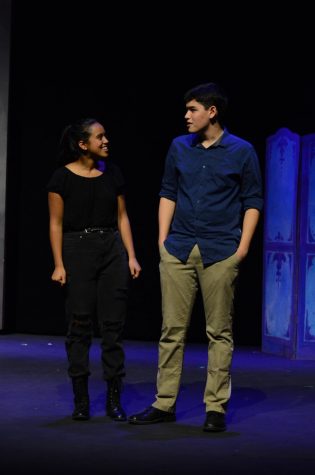 Nicole TianLisa Barooah (10), who plays Olivia, and Grant Miner (11), who plays Dean, have a conversation in the play “And Action.”