Editorial: Reacting to disasters that affect us 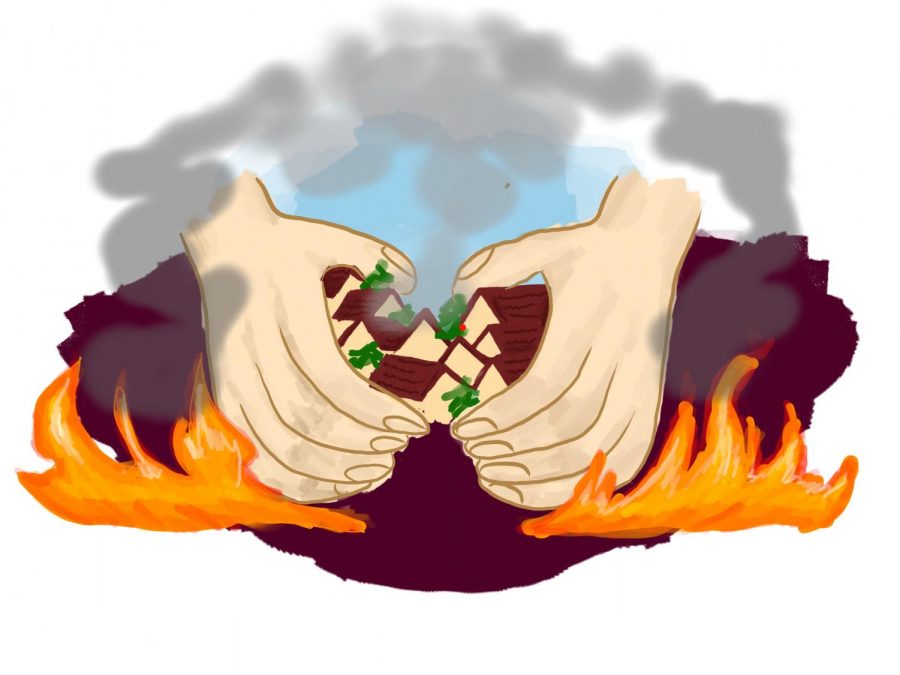 While the Camp Fire in northern California and the Hill Fire and Woolsey Fire in southern California destroyed over 1,100 homes and left tens of thousands homeless, they also produced toxic smoke that clouded the streets of the Bay Area.

Many in the Harker community and elsewhere in the Bay Area wore masks or stayed at home to avoid air that was “very unhealthy” at times, according to experts.

It’s entirely reasonable to be concerned about the air quality and to worry about its impact on our health. It’s even understandable to envy other schools in the area that had days off. And, after a long string of wildfires, it’s not uncommon to feel the loss of motivation known as “disaster fatigue.”

So we must make a decision: do we actively combat apathy with empathy and fight disaster fatigue, or do we resign ourselves to it?

It’s easy to choose the latter, especially when it’s been so long and we feel so disconnected– after a rainy day brought our air quality back to normal, we returned to our daily routines.  While our lives haven’t changed drastically, others’ lives have. What we feel won’t change that, so it’s our responsibility to give.

With that being said, here are some ways to fight disaster fatigue, and, in the process, make a tangible difference in someone’s life:

Donate. Whether it’s to the Red Cross or a Go Fund Me page, donating money is the best way to aid relief efforts. Before making contributions, don’t forget to research organizations to ensure that your donation is put to good use.
Volunteer. Donating time can be every bit as beneficial as donating money. Visit a shelter over the weekend to find out what how your efforts can make an impact.
Reach out. Call family members and friends who live in wildfire-affected areas, even if you think that they weren’t directly harmed. A phone call, a text message, an email, even a few compassionate words– our active support is the best way to show others that we care and that we’re thinking of them in times of difficulty.