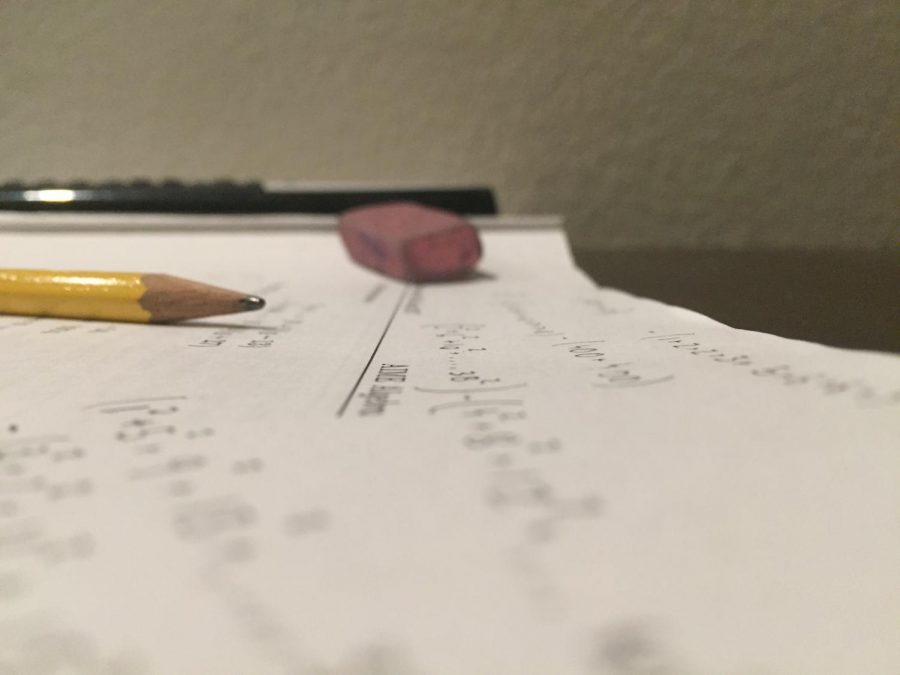 by Aditya Singhvi and Saurav Tewari

Rows and rows of seats in a college lecture hall fill up with anxious students, armed with yellow #2 pencils, fully charged TI-84s and blank sheets of paper. Proctors distribute tests, making their way down the aisles while issuing stern directions. Soon, the talking dies down and the command of  “You may begin” echoes through the hall, immediately followed by a loud shuffling of paper. For an hour, students stay hunched over their desks, the silence interrupted only by the turning of pages.

Variations of this scene are played out at thousands of competitive math contests across the world every year. Many perceive math as nothing more than a required subject at school that has no day-to-day applications beyond basic algebra; naturally, it baffles those outside the mathematical community when competitive math so closely resembles taking a dreaded math test.

“I think a lot of people have this idea [that] math is about memorizing formulas and that’s not very fun,” Michael Wang (12), co-president of the math club, said. “But for me, math is more about thinking — applying those formulas in creative ways — than actually knowing the formulas.”

Contest math requires creative and unusual applications of standard mathematical knowledge to solve problems in a competition setting, making it more about problem-solving than traditional math.

It is conventionally divided into four categories: algebra, which deals with the analytical manipulation of equations; number theory, which deals with the properties and relationships of integers; geometry, which deals with figures and space; and combinatorics, which involves the combination and counting of objects constrained by certain rules . Although these categories appear to differ significantly, they are interrelated and can be innovatively used in conjunction to solve problems.

“I like the creative problem solving aspect, like solving puzzles, encountering new theorems and new ideas,” Kat Tian (12), co-president of the math club, said. “There’s a beauty in the rigor that math uses to model the world around us.”

The math club, advised by mathematics teacher Dr. Anu Aiyer, organizes most competition math-related events at the upper school. In addition to hosting weekly competitions for members, the club travels to various national mathematics competitions, including the upcoming Princeton University Mathematics Competition (PUMAC) on Nov. 17. These trips provide members with valuable opportunities to interact with other mathematically-inclined students.

This piece was originally published in the pages of The Winged Post on Oct. 17, 2018.