Harker’s 125th: The picnic in photos 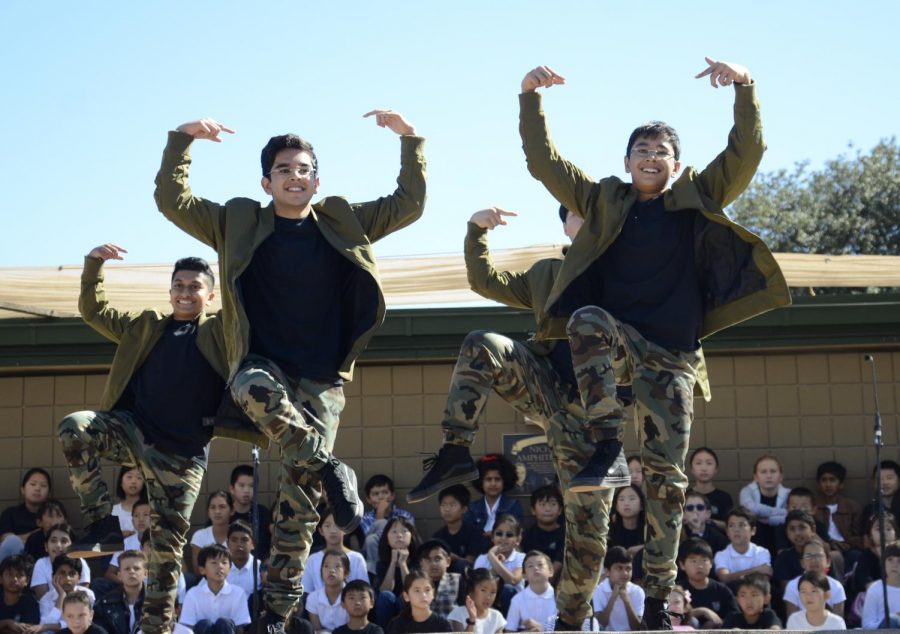 Brothers Shray Alag (10) and Ayush Alag (12) dance side by side during Kinetic Crew’s performance. Their dance came after the middle school concert choir.

by Anna Vazhaeparambil and Michael Eng

The 68th annual Family and Alumni Picnic, which was held at the middle school on Oct. 7, featured performances by students from all campuses as well as games and arcade booths for entertainment.

While some were a part of the dance and singing groups that performed, other high-schoolers volunteered at different stations: the robotics club helped out with laser tag, and students in art classes managed face painting.

“The Picnic is Kinetic Crew’s first performance [of the year], so it’s a way to see how we actually perform in front of an audience,” Vance Hirota (11), a member of Kinetic Crew, said. “It’s exciting because there’s a bunch of parents who come and watch, and we get to—especially this year since we have a new choreographer—show the different style that we’ve been taught.”