Conservative representation in the media contributes to discussion 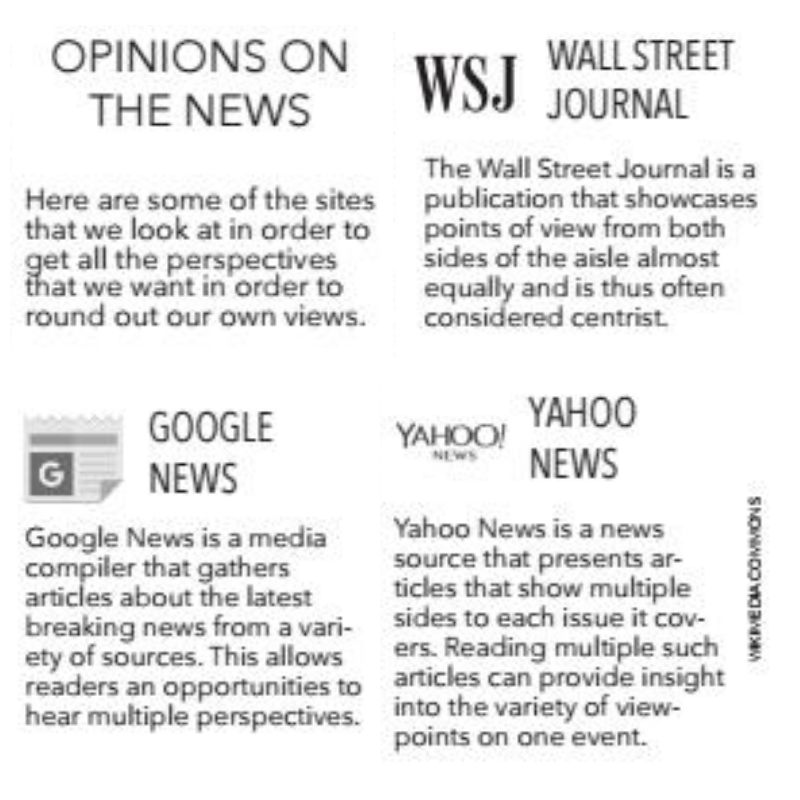 by Vivian Jin and Jessie Wang

When you read the news–be it The New York Times, The Washington Post or perhaps Buzzfeed–do you notice a common pattern among the articles?

They seem to echo similar opinions: feminism is good, LGBTQ+ rights are good, gun control is good and DACA is good. The death penalty is bad, more oil drilling is bad, global warming is bad and racial profiling is bad.

These opinions are generally classified as “liberal” beliefs, while differing opinions on these issues are classified as “conservative,” both familiar terms in today’s world.

Although these beliefs are not black and white (in fact, there is a spectrum of ideas), many mainstream news outlets do carry a liberal slant. While this imbalance in the spread of information definitely does not mean that credible news sources are spreading “fake news” and lies, an imbalance certainly exists.

This is especially striking because the general public is not mostly liberal and slightly conservative–there’s plenty of people from both sides and everything in between, yet one side is represented more than the other.

Ideally, the media should facilitate a conversation between opposing sides. When only one side of an issue is shown to the public, people lack the information to form their own thoughts and opinions on the matter. The two-sided discussion becomes one-sided agreement. News articles become less informative and more persuasive.

This causes a great rift to open between the people who stand on either side of the matter in question. They each become less receptive to the views of the other side and often overlook or misinterpret the underlying reasons behind each side’s beliefs.

In turn, this lack of understanding leads to childish name-calling. Liberals become “entitled hypocrites” while conservatives are labelled “backwards extremists.” These prejudices and their connotations cause each side to lose respect for the other. Meaningful discussions (the only way of achieving meaningful results) simply cannot happen. Cooperation becomes impossible.

In fact, when we used Google to look up the phrase “meaning of liberal vs. conservative media”, the first result was a Quora user’s simple statement, echoed by many others: “Liberal means… any media that is good, reliable and objective… All conservative media is propaganda.”

This incorrect definition clearly illustrates the serious problems in the current political environment. The words “liberal” and “conservative” should not become synonymous with “good” and “evil”; they should instead refer to what they are meant to: two differing sets of opinions and political ideologies, each with their own merits.

Nevertheless, the imbalances exist, the misunderstandings exist, the prejudices exist and the rift between parties is only growing. There are simply no easy solutions to the complex problems that plague our nation today.

Instead, there is a growing need for the general public to hear all sides of a story, to accept different opinions and to encourage more voices and perspectives in the mainstream media. Until the day comes when credible and equal amounts of conservative and liberal views coexist peacefully in the same publication, there will be no bridging of the divide that has split our country in two.