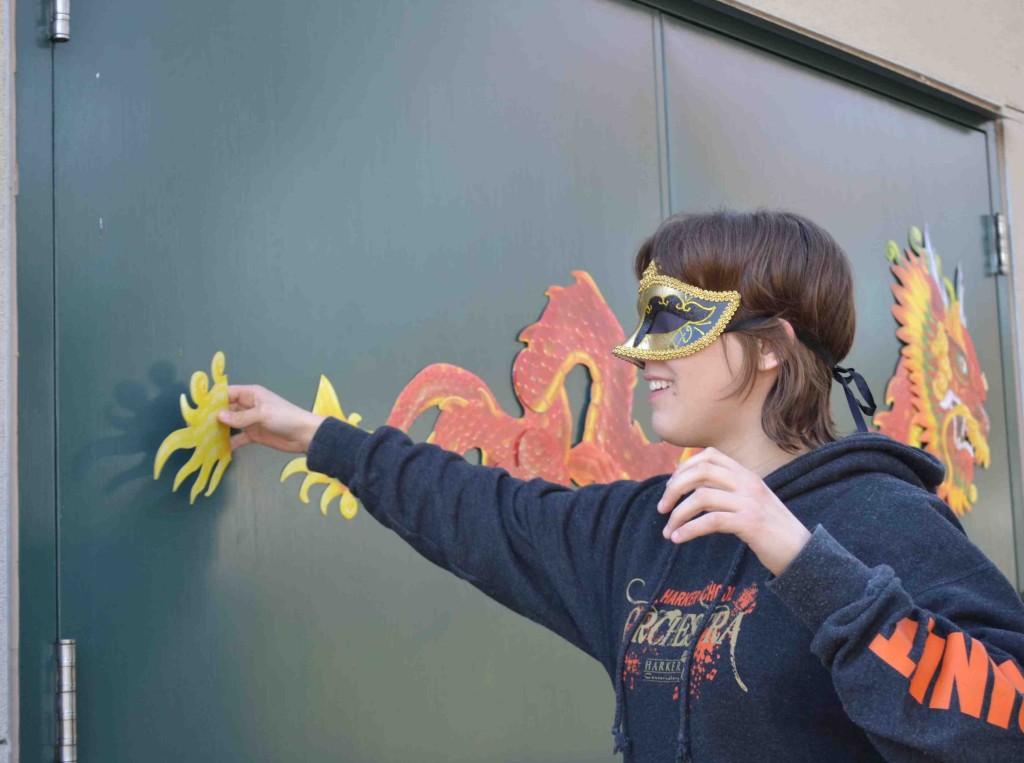 Katherine Woodruff (11) attempts to pin the tail on the dragon. The no-point spirit event was hosted on the back side of the library building. Participants were blindfolded, spun around, and released to test their precision.

During both lunches on Thursday, January 12 on the back wall of the library, Spirit Club hosted pin-the-tail-on-the-dragon, a special event that garnered no class spirit points.

Based off the popular party game “pin-the-tail-on-the-donkey,” this spirit event was adjusted for the upcoming Chinese New Years holiday on January 23. This year the dragon, one of the twelve animals of the zodiac, represents 2012.

Participants were first blind-folded before being spun around and released to test their precision. Prizes such as chocolate coins with Chinese symbols were given out for participating in the event.

“It’s pretty cool because it’s a dragon,” Katherine Woodruff (11) said. “[The spirit event is] for fun right, so it doesn’t matter if we get points or not. I would have done it either way.”

Even though the spirit event was not for class points, participation did not seem up to par according to Andrew Irvine, Spirit Coordinator Assistant and Chemistry teacher.

“I know it is a Thursday, and it’s an unusual spirit day,” Irvine said. “[But] I’m a little disappointed in the spirit of the community this week.”

Next week, Spirit Club plans to host a surprise event – this time for class spirit points.