Humans of Harker: Shea Tuli’s dynamic background strengthens her connections with others 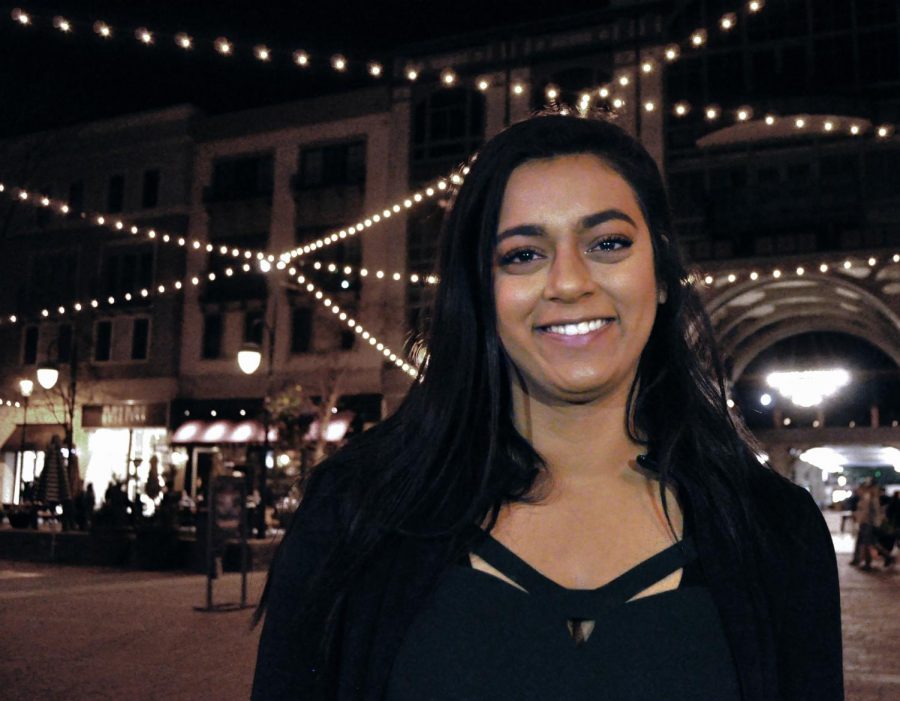 Colorado, Pennsylvania, Connecticut, Georgia, North Carolina, California. Having lived in six different states and been to ten different schools, Shea Tuli (12) has had to move constantly throughout her life. As a result, she has developed a “guide” of tips to use when in a new place with new people.

“If you’re looking for a place to find lunch and you’re downtown and it’s super busy, go to the place with the longest line and either go directly to the right of them or to the left, and if the place like that is still in business and it’s next to the busiest place, it’s probably still good food,” Shea said. “Or if you’re trying to seem engaged with a person, tilt your head slightly to the left and notice the color of their eyes, and it seems like you’re far more interested in their conversation. It’s just little tips and tricks like that that I’ve picked up over the years help me make friends and adapt in new situations.”

To Mallory Millard (12), Shea “always knows the right things to say.” To her former advisor Ms. Kelly Horan, she’s “a lot of fun.”

“She’s a very good reader of the room, and she’s very smart. She uses that to kind of understand interpersonal relationships and herself,” Horan said. “She’s the mom of the advisory now, and she’s the one who encourages them to do things, to make memories and build kind of a cohesive family.”

She’s applied those principles from her nuclear family — the only five-person constant in her ever-relocating life.

“When you move around that much, you kind of only have your family. You only have the four people you consistently move with. And we always have this funny little saying. We always say, ‘A Tuli will be there,’ so whenever we have these big events, we always just ask that one of us is there,” Shea said. “It was just about making it possible for someone to be there, someone that you care about and cares about you, to be there for you, to show up for you.”

After years of moving regularly, Shea has learned the ability to move on from complaining about a situation and instead initiate take the next step.

“Harker students especially are really driven by understanding why things happen, maybe why a chemical reaction happens, why some algorithm proves something, but I’ve never really had the luxury of my life to learn why. You can’t go around guessing why you moved here and ‘Why this?’ and ‘Why me?’ It’s just not a happy place to be, because you’ll surround yourself in a ‘what if’ sea essentially — all of these things that don’t let you live in the moment,” Shea said. “And I think I always learned the next question, the far more useful question is ‘Now what? Something happened, now what are you going to do about it, what can you do about it?’”

Shea hopes for the people around her to take charge of their situations and move forward.

“What I ask for in a friend is the ability to want to control your life. That’s what’s really important to me — taking your life into control, like your own hands, and understanding that you have the ability to affect change in it,” she said. “Instead of the typical ‘This happened to me,’ it’s more of the ‘I’m going to do this’ or ‘I’m going to make this happen.’”

Her friend Lauren Napier described her as “funny and witty and kind.”

“I like to always say that even if she’s having the worst day in the world, she’ll never even show it, and she’ll prioritize your feelings over hers and really try to make you feel better even if she’s going through something. She’s focused on others,” Lauren said. “She loves her puns and her little jokes that we like to say that only she thinks is funny, but without them, the day wouldn’t be the same. Shea is so funny and cute and kind and just like a little angel.”

Shea wants to be remembered for making others happier by talking to them.

“[I like] just the idea of a person thinking, ‘Oh, I had a great conversation with Shea,’ like ‘All those laughs I had because of Shea,’” she said. “That means a lot to me when I have good conversation with a person. I’ve connected in a way that you usually don’t, or that takes a while to open up in that way. That’s always a big accomplishment for me.”