Sixty years of the Grammys—and only 10 African-American Album of the Year winners. Again and again, the awards show has spotlighted white artists and thrown black musicians into the shadows; 2013 saw Mumford & Sons triumph over Frank Ocean, 2014 Daft Punk over Kendrick Lamar, 2015 Beck over Beyonce and 2016 Taylor Swift over Kendrick Lamar. 2017’s race was arguably the most polarizing, with Adele clinching the title over 63-time Grammy nominee Beyonce—who at 2017’s ceremonies was in the running for nine different categories. A distraught Adele uttered praises for Beyonce’s work, citing her as the true owner of the Grammy: "It's weird and it sucks that I robbed you." But the damage was already done. R&B artist Frank Ocean approached Grammy executive producers Ken Ehrlich and David Wilde in a tumblr post on “the cultural bias and general nerve damage the show you produce suffers from.” Lorde, the only female nominated for the Grammys ‘Album of the Year’ award this year, was the only nominee not asked to have a solo performance at the awards show. Only 9.3% of Grammy nominees in the past 6 years have been women. Only 10 black artists have ever won the Grammy ‘Album of the Year’ award in the history of the awards show. 2018 was the show’s 60th year. Whitewashing, casting white actors in traditionally non-white roles, has been a part of the film industry for years. 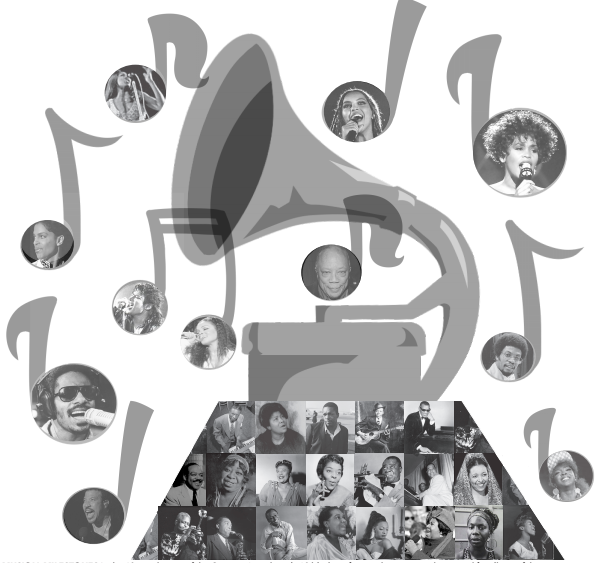 As feminist and social justice movements further develop, many people are outraged at the lack of diversity in Hollywood and its award winners.

Many people were upset when the winners of the biggest categories of the 2017 Grammy awards were predominantly white.

“When you’re growing up and you see yourself and others like you represented on television it makes you feel as though you have this sense of belonging, as though you’re not limited by any sort of outside factor into what you can achieve,” Diversity Club Officer Sumati Wadhwa (12) said. “Representation in the media is so important to inspire that next generation to say ‘look, she’s up there doing that why can’t I?’”

Only 10 black artists have ever won the Grammy ‘Album of the Year’ award in the history of the awards show. 2018 was the show’s 60th year.

Minority populations have traditionally been underrepresented as award winners in Hollywood, spurring backlash and trending hashtags such as #GrammysSoWhite and #OscarsSoWhite.

In 2017, the #GrammysSoWhite movement sparked controversy, and The Recording Academy faced much criticism when Adele and other white singers won Grammys over popular black artists such as Beyoncé.

“Having media that lacks diversity and lacks a representation or a reflection of our actual society becomes no longer an actual portrayal of who we are. It’s an inaccurate portrayal of the stories that we tell about ourselves,” Jennifer Fang from the Nerds of Color organization said.

This year, the Grammys nominations appear to be more diverse with many nominations for people of color. For the first time in 19 years, no white men have been nominated for the Album of the Year award.

Most attendees of the Golden Globes participated in almost a complete black-out at the Golden Globes. Almost everyone wore black outfits, and the memorable dresses and suits were sold at an ebay auction starting on Jan. 19, where the proceeds are going to Time’s Up legal defense fund. Many Grammys attendees wore or held white roses to support the Time’s Up movement.

The Time’s Up movement, led by women in Hollywood, has raised over $19 million to provide legal support to victims of sexual assault.

During this year’s awards ceremony, many prominent members of the industry used their positions of power to combat sexism and harassment against women. Instead of their usual plus-ones, many women brought activists as their guests and spoke out on the red carpet.

Many of the acceptance speeches at the event focused on sexual harassment and empowerment of women. Oprah Winfrey, who accepted the Cecil B. DeMille lifetime achievement award at the Golden Globes, denounced powerful men who abuse women and gave the most memorable speech in which she urged young girls to stand up for their rights.

“Men have to be educated and have to realize that it’s up to them to speak up. Women speaking up about their experiences is important and there needs to be a safe space for women to do that, but to make a change, men have to step up [as well]” head of the diversity club at the upper school, Mark Janda, said.

Sexual harassment was not the only trending topic at the Golden Globes. Sterling K. Brown won the award for best actor in a drama television series for the show, “This is Us.” In his speech, he thanked Dan Fogelman, the creator of the show, for giving him a role that only a black man could play.

“His speech, I found, spoke really powerfully to how important it is that white people listen to people of color and learn how to include them in the writing process and how to allow their experiences to speak for itself rather than whitewashing,” Janda said.

This piece was originally published in the pages of The Winged Post on February 5, 2018.