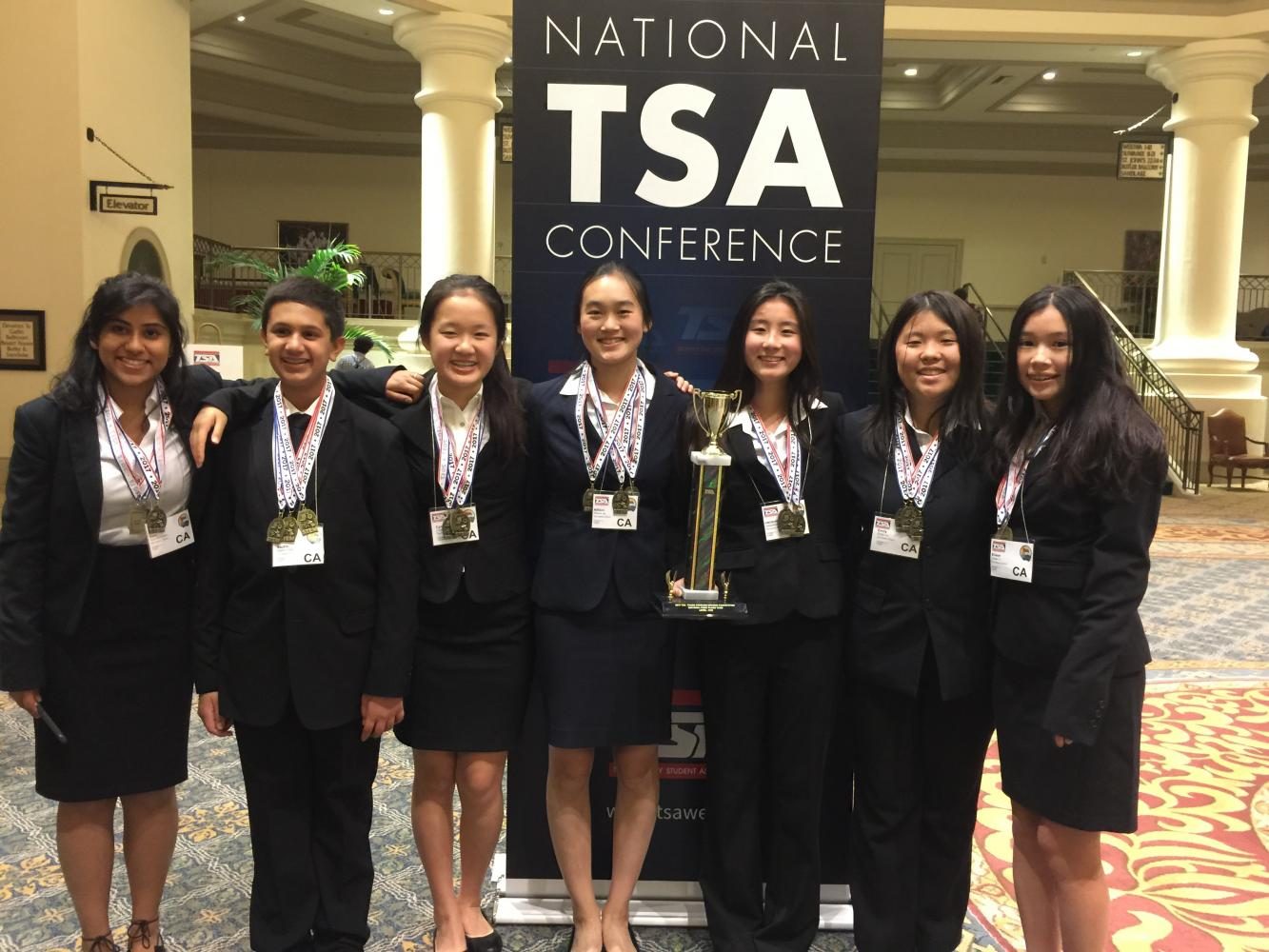 by Nina Gee and Helen Yang

A team of Harker sophomores won several awards in the national TEAMS competition this June in Orlando, Florida.

TEAMS, which stands for Tests of Engineering Aptitude, Mathematics, and Science, is a national competition for middle and high schoolers consisting of three main components: Written Essay, Prepared Presentation, and Problem Solving. This year, the teams focused on the theme, “Engineering the Environment.” 50 teams competed against Harker in the freshman/sophomore division, with the national competition drawing more than 1,200 people.

At nationals, the Harker team placed first in Problem Solving, fourth in the Best in Nation overall, and eighth in Prepared Presentation.

“I think it was a bit of luck,” Cynthia Chen (10), a member of the team, said, “but we also were pretty prepared. We did practice multiple choice from previous years and we also did sample engineering challenges.”

Teams wrote in-depth essays based on research conducted on the topic released, and presented it. At nationals, the teams were allotted 90 minutes to complete 25 college level math questions and to construct the most efficient air debris filter possible using designated materials. Each team was given space to work on, and both the math questions and the design challenge were done simultaneously. Team members split up tasks in order to finish both parts of the contest in the time allotted.

The regional competition consisted of an 80-question multiple choice round, a pre-written essay and a design challenge. During the challenge, contestants had to design a robotic arm that could pick up a water bottle from a distance.

The 2018 state-level TEAMS competition will take place between Feb. 12 and Mar. 18, and will explore topics such as light pollution, solar power, and global health. The national competition will also be held next June.

This piece was originally published in the pages of the Winged Post on September 6, 2017.