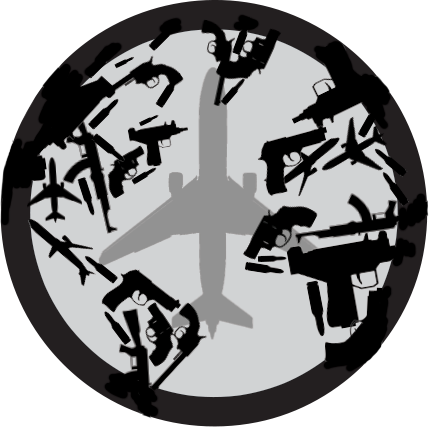 The chance of a mass shooting taking place at one's school is one in five million. Both parents and teachers are concerned with spending too much time, money, and effort into drills for an event that might not even happen.

There have been 190 school shootings in America since 2013, according to Everytown Research. In recent years, schools across the country are working to prevent shootings by including more gun violence drills in their curriculums.

“Every year, some students are threatened or injured with a weapon while they are on school property. The percentage of students victimized in this way provides a measure of how safe our schools are” states the Institution for Educational Sciences (IES).

Some schools hold elaborate shooting drills by having students sign up to be covered in fake blood and have police officers fire BB guns on campus to simulate an active shooter scenario. Other schools simply turn off all lights, stay quiet and lock all the doors. However, Vox reports that the intense and elaborate drills that some schools simulate have proven to be more distressing to students than helpful and informative.

Statistics from the Bureau of Justice show that the chance of a mass shooting taking place at one’s school is one in five million. Concerned parents and teachers may worry that allocating lots of time, money and effort into elaborate drills for an event that is unpredictable and unlikely can traumatize staff and students.

“Violent deaths at schools are rare, but, tragic events [have] far-reaching effects on the school population and surrounding community” states the IES. Crimes such as robbery, sexual assault and abuse prove to be far more common than gun violence in schools. A higher percentage of students have reported being victimized at school than students who have experienced gun violence.

“Any drill that we prepare for gun violence should never trade off with the types of strategies that we face, including cyberbullying and sexual assault,” Aliesa Bahri (11) said. “You’re more likely to commit a crime or acts of violence if you are engaged with that type of behavior when you are younger.”

Code Red drills are designed to familiarize students and staff with emergency response tactics for wild animals on campus, nearby robberies or assaults or gunmen on campus.

During these drills, students and teachers are expected to turn off all lights, barricade doors using furniture, tape pieces of paper to obscure windows and remain as quiet as possible. If students are not in a classroom when the Code Red announcement takes place, they must go to the nearest classroom and obey the teacher’s instructions immediately.

This piece was originally published in the pages of the Winged Post on Aug 26, 2016.