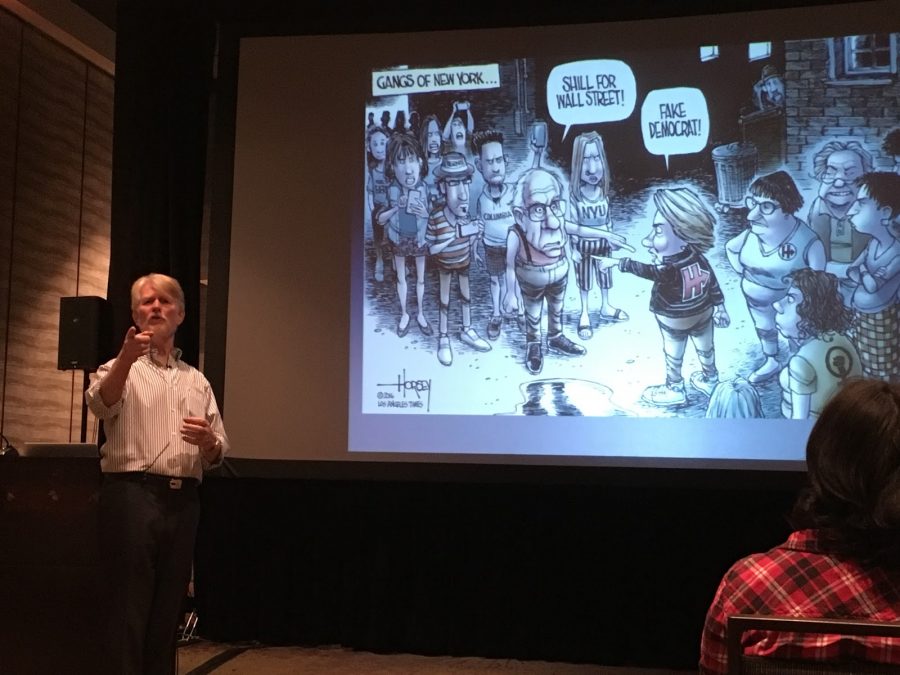 At the conference, Harker Aquila won a Pacemaker for online reporting, acknowledging it for the volume and quality of reporting done.

The Pacemaker is an award presented annually to various types of publications (online, newspaper, yearbook, magazine and broadcast) for outstanding content and coverage as well as other defining characteristics.

“Aquila was up for Pacemaker for small schools with less than 1500 students. And I would say that we outperformed our size; we’re fewer than 800 students yet we produced a continuous stream of content day by day, week over week and that’s pretty surprising,” Ellen Austin, upper school journalism adviser, said. “I believe that we harnessed the entire power of the journalism staff to write, photograph and video and do podcasts for the website. The website is a voice of the entire journalism program, and I think that is what makes it really amazing.”

The Winged Post placed third in the Best of Show competition for overall excellence.

The Best of Show competition occurs at all NSPA conventions, and publications are judged for their content, design, visuals and depth of coverage. Schools can enter a variety of publications, such as websites, newspapers, yearbooks, news magazines, broadcast productions and literary arts magazines.

During the convention, the Editor-In-Chief, News Editor, and Sports Editor of Harker Aquila   provided their presentation “Putting the New in News.” The students discussed how the reporter of the day system worked to generate a high volume of articles per day.

“I thought it was a great experience especially as a learning experience,” Raveena Kapatkar (11), the News Editor for Harker Aquila, said. “I personally never really presented in front of crowds before, and for me it was for my confidence, but as for the journalism program, to show other schools our process and what works for us, to know that our hard work did eventually pay off in the end.”

The students reacted positively to the keynotes, especially that of the aforementioned Mr. Vargas.

“We had one keynote that everyone went to on the first night and it was amazing,” Kaitlin Hsu (10) said. “The speaker talked about his experience as an undocumented immigrant and he even came out as an undocumented immigrant in the New York Times. That was a keynote that I believe everyone enjoyed because he breached topics people [in journalism] are going to be engaging in: cases about immigration, racism and addressing them in entirely new ways.”

NSPA plans to host the next annual meeting in Seattle for 2017. Plans to send journalism students have been discussed but not finalized.

This piece was originally published in the pages of the Winged Post on May 4, 2016.