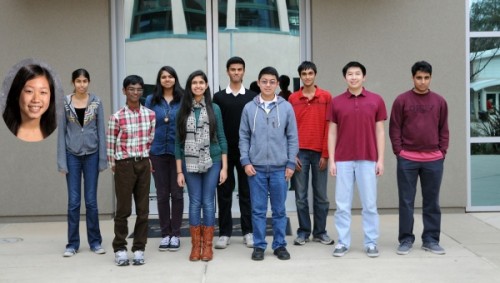 The ten Intel semifinalists stand in front of Nichols Hall. They were recognized for their research and awarded $1000 each.

Q&A with the Intel Semifinalists

The Intel Science Talent Search (STS) recognized ten Harker students as semifinalists yesterday, the second most of any school in the country and the same number of recipients as the next three California schools combined. Harker Aquila asked them about their reactions and their work leading up to this achievement.

“The science department, supported by the math teachers,  might nurture and develop a passion and a talent for research and analysis,” said Science Department head Anita Chetty. “But all the faculty share in this important achievement.” 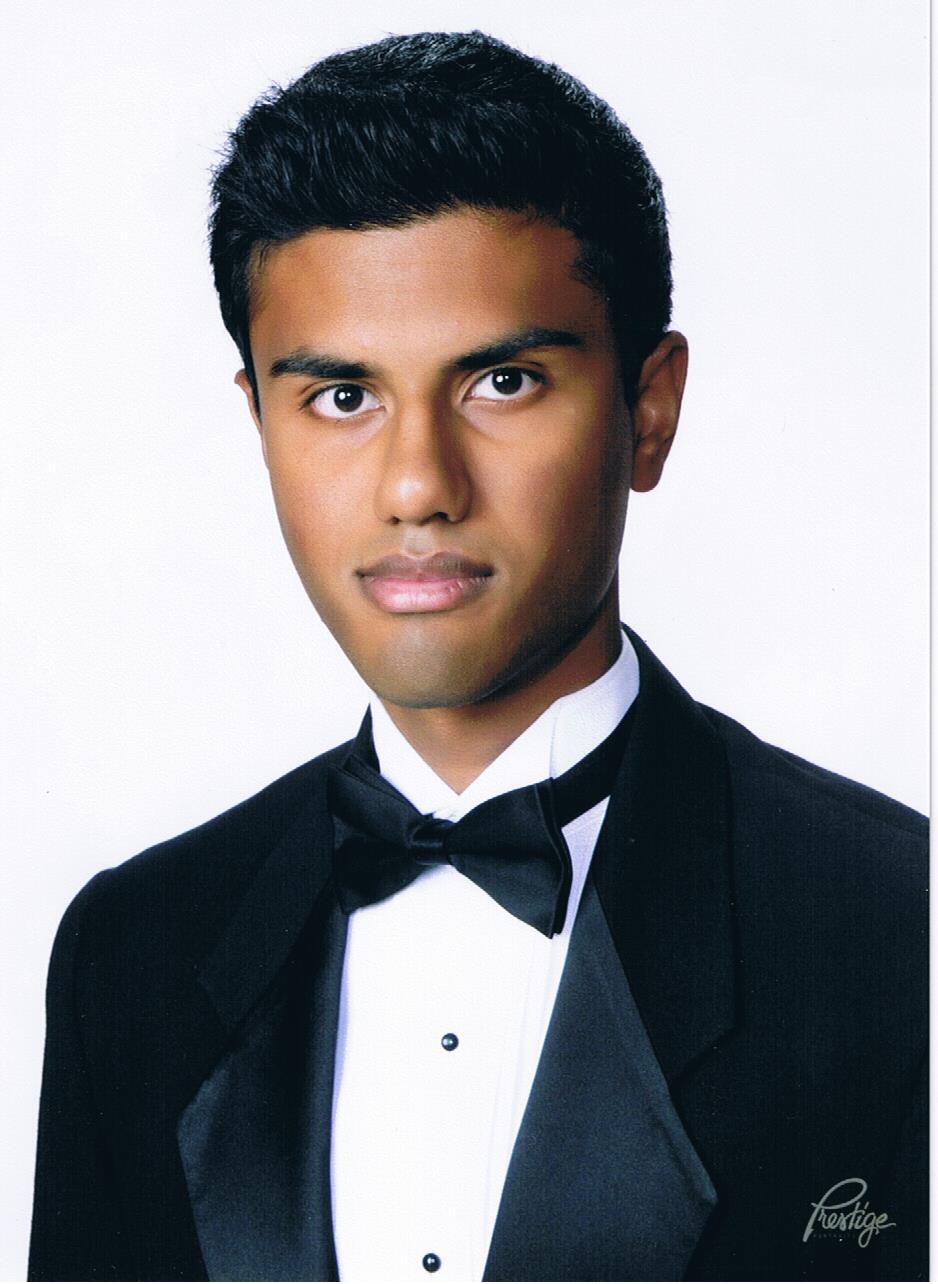 What his project was about: For my project, I developed a new method using machine learning algorithms to identify satellite galaxies of Milky Way galactic analogs. Through my algorithms, I was able to identify the most indicative properties in distinguishing a galaxy as a satellite, thus providing a more reliable basis for identification applicable to other cosmological studies. Ultimately, my algorithms achieved 97% accuracy in identifying satellite galaxies.

How he reacted to getting the news: Initially, I was pretty numb with delight, and I kept refreshing the page to make sure that my name was actually on it. After a few minutes, I think it started to sink in, and I feel proud and humbled to have received this honor.

Why his research matters: In my research, I developed a new general method to use machine learning algorithms to identify the most indicative properties of objects in any classification problem. This method has applications to several other fields, most notably in medicine where it can be used to provide earlier detection of cancer, and in planetary identification studies. 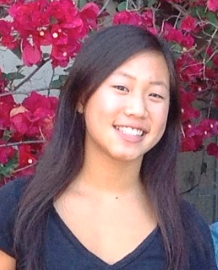 What she researched: My research involved measuring the dark matter in dwarf elliptical galaxies by using globular star clusters in each galaxy to see how the galaxy rotated. Dwarf ellipticals are really common around the Milky Way but also not very well understood, so getting to look at them in detail was really interesting.

Where she did her research: I worked at UC Santa Cruz all summer.

How she reacted to the news: I was so surprised—the announcement got posted right after I woke up so I was still in that half-asleep state and I had to reread it a few times.

Why her research matters: Honestly, like most astronomy research, it isn’t going to have an immediate practical impact, but it’s really just about expanding our understanding of the universe—figuring out how galaxies near us evolved, how dark matter arranges itself in different scenarios. Maybe in the future we’ll be actually out there and this sort of information will become directly relevant. 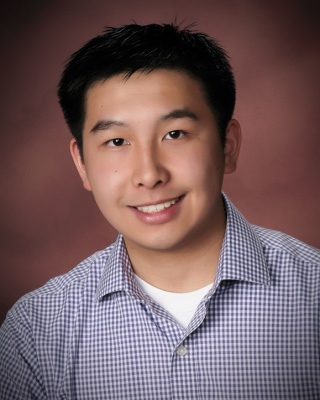 What he researched: My project was concerned with human immunity to rotavirus, the most common cause of gastroenteritis in young children worldwide. Scientists have discovered an interesting mechanism through which antibodies specific to a rotavirus protein called VP6 can resolve infection intracellularly. I worked on a rapid method to generate these VP6-specific antibodies and characterized the genetic features of human rotavirus-specific memory B cells.

Where he did his research: I performed my research at Stanford as part of the Stanford Institutes of Medicine Summer Research Program (SIMR). I worked for 8 hours per day for 8 weeks at the research lab at the VA Palo Alto Hospital. I also attended numerous lectures by faculty and guest speakers at SIMR.

How he reacted to the news: I was extremely excited and honored to be part of such an excellent group of students. I’m glad that all the time I spent working on my research project paid off in the end. I used to look up to past students who had won this very award, and now I’m one of them. I hope to continue being involved in immunology research in college and beyond.

Why his research matters: The rapid generation process that I worked on should be scaled up further to test if generating a very large number of VP6-specific antibodies is still feasible. The process could be extended to generate antibodies specific to other rotavirus proteins as well. Hopefully, my research can pave the way for more extensive research on rotavirus in the future by providing other scientists with the tools and the information that they need. 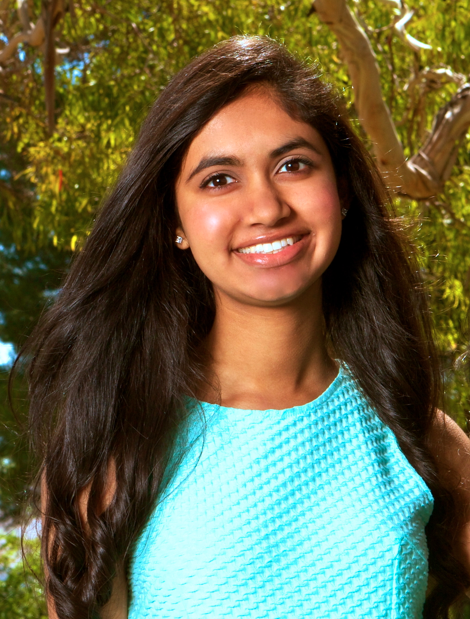 What she researched: My project focused on enhancing chemotherapy specificity, and thus efficacy, targeting cancer stem cells (CSCs) in a two-step approach to prevent tumor relapse. I designed and synthesized two compounds, which I found were effective in eliminating prostate and colon CSC persistence.

Where she did her research: I conducted my research at Stony Brook University, New York.

How she reacted to the news: I had just woken up and was completely overwhelmed when I found out. Whatever drowsiness I had a few moments ago immediately disappeared and was replaced by pure excitement. I  began going through the list in my head of all of the people who helped me achieve this feat–the list was really, really long.

Why her research matters: If expanded upon, my work could serve as a baseline for significantly enhancing current chemotherapy treatments and, subsequently, the lives of cancer patients. 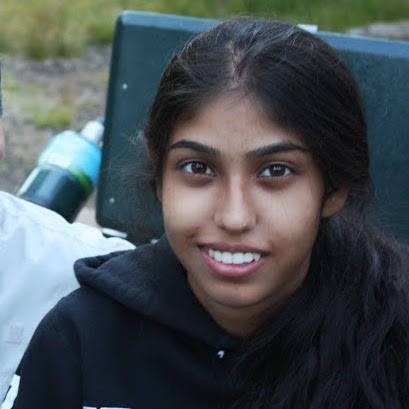 What she researched: My project explored the role of MicroRNA-223 in promoting inflammatory macrophage differentiation during Abdominal Aortic Aneurysms.

Where she did her research: At Stanford’s Cardiovascular lab

How she reacted to the news: [I was] shocked, happy, and incredibly grateful for all the people that supported me during the process.

Why her research matters: I found that MicroRNA-223 makes macrophages hypersensitive to stimulus, and therefore may exacerbate inflammation. Therefore, miR-223 is a potential therapeutic target; by artificially modulating miR-223 levels, scientists could potentially mitigate aneurysm progression. 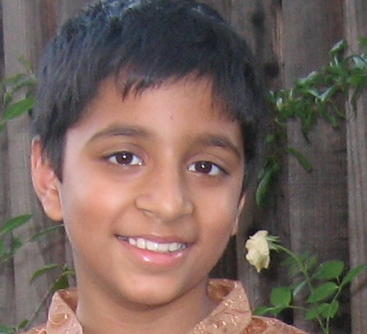 What he researched: In my study, I designed a PET scanner using simulations. PET or Positron Emission Tomography is a noninvasive imaging tool doctors employ to detect and monitor diseases such as cancer in human bodies. Normally, these scanners are very large, weigh multiple tons, and cost millions of dollars. Through using a new PET technique known as Compton Collimation, I could design a much smaller, handheld scanner (about the size of an iPad).

Where he did his research: I conducted my research at the Molecular Imaging Instrumentation Lab at Stanford University.

How he reacted to the news: I was not aware that Intel released the results today until my mom alerted me of the good news upon my waking. It was a pleasant surprise.

Why his research matters: Because of PET’s lack of affordability and portability, only the wealthiest hospitals have PET scanners. My project can help make PET available to many more hospitals around the world. 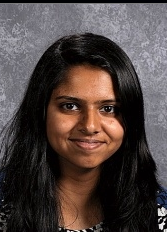 What she researched: We used the ELF5 gene to genetically modify breast cancer stem cells and convert small, long-lived, malignant cancer cells into large, unwieldy, short-lived cells that were unable to proliferate. In other words, we converted “David” into “Goliath”.

Where she did her research: I did my research at the Clarke Lab, part of the Stanford Institute for Stem Cell Biology and Regenerative Medicine.

How she reacted to the news: I felt really surprised, happy, and extremely grateful to my mentors, teachers, and family.

Why her research matters: In human breast cancer tissues, expression of ELF5 might be associated with a more differentiated, less malignant phenotype, and could provide the basis for novel stem medicine techniques and new treatments for breast cancer. 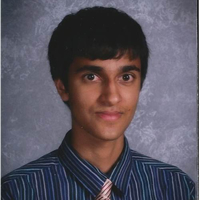 What he researched: I used molecular simulations to investigate how mutations in the HIV-inhibiting protein Cyanovirin-N’s primary structure affected its ability to undergo domain-swapping, a process in which two copies of the protein exchange corresponding halves. Our results show that six amino-acids in the protein’s hinge-region have a large effect on the protein’s ability to domain-swap.

Where he did his research: I conducted my research at Stony Brook University in the Department of Applied Mathematics and Statistics through the Simons Summer Program.

How he reacted to the news: I felt lucky to be chosen out of such a talented applicant pool.

Why his research matters: With no viable vaccine emerging in the near future, researchers are looking towards anti-HIV microbicides to curb the spread of the disease. In order to engineer the protein into a better virucidal agent, we must first better understand how its primary structure affects its biochemical properties. My research takes the first steps to further understand how mutations in the protein affect properties of the protein’s primary structure.

What he researched: I developed a protein docking algorithm, which is an algorithm that models the interactions between two proteins, using novel runtime optimizations to improve accuracy. I then explored applications of this protein docking algorithm to drug determination; specifically I developed algorithms that determined protein interactomics networks within the body and drug identification algorithms that found drugs that could possibly interfere with particular interactions between proteins.

Where he did his research: Since my project was a computational biology project, I did most of my research at home. My mentor was Dr. Gaurav Chopra, who was first at the Levitt Lab at Stanford Medical School and then moved to the UCSF Diabetes Center.

Why his research matters: I think that my research allows scientists to computationally predict what drugs are the most likely to cure particular diseases (the example used in my paper was the TNF pathway with cancer). This is incredibly powerful, because it dramatically reduces lab time required and allows scientists to more rapidly find drugs, which is one of the largest problems in the pharmaceutical industry today when trying to combat diseases such as cancer and AIDS.

What he researched: My project […] is about catalyzing the oxygen reduction reaction that occurs in hydrogen fuel cells using gold-palladium alloyed nanoparticles with attached organic dodecyne ligand. Since the oxygen reduction reaction occurs slowly and conventional platinum catalysts are overly expensive, I synthesized a cheaper yet effective catalyst by testing gold-palladium alloyed particles of various compositions. The attached dodecyne serves both to keep the nanoparticles from aggregating and to potentially improve performance.

Where he researched: I did my research at UC Santa Cruz’s Department of Chemistry and Biochemistry, and my mentors were Professor Shaowei Chen and graduate student Christopher Deming.

How he reacted to the news: I was overjoyed to learn that my hard work had paid off and was recognized. I then emailed my mentors with the good news and thanked them for giving me this opportunity and for their support and mentorship.

Why his research matters: My research could lead to improved efficiencies and commercial viability for fuel cells, leading to their increased use as a renewable energy source in applications such as cars.