Bonding across campuses at Fashion Show 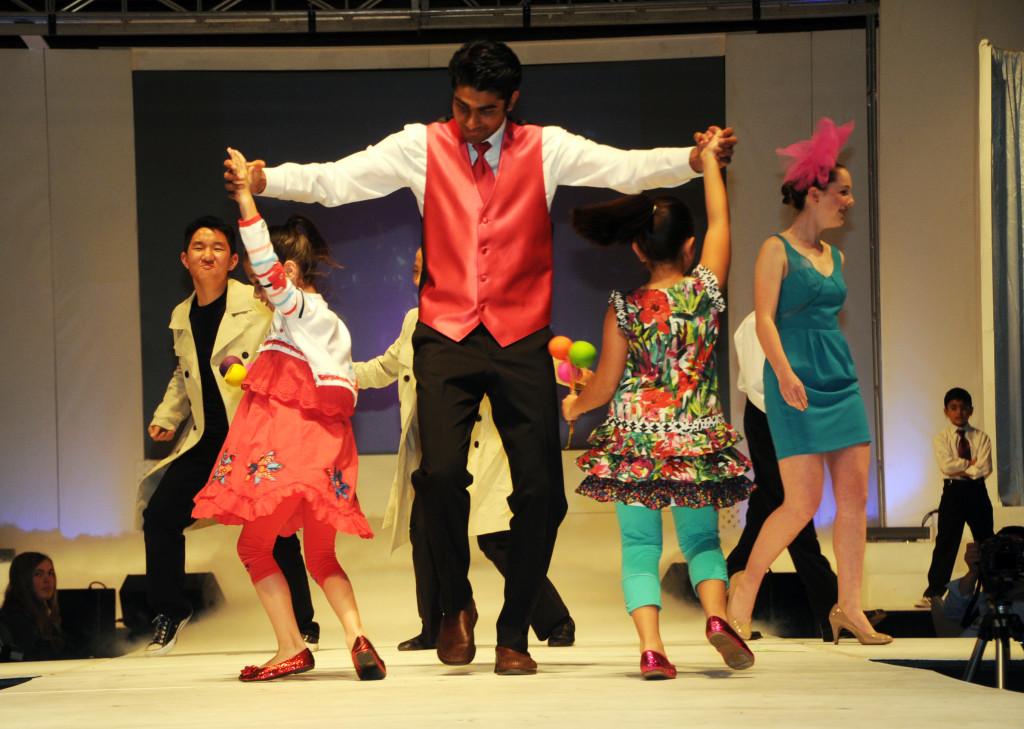 At first, it took Sukrit Kalsi (2) two strides to keep up with freshman Emma Doherty’s every step. By the end of their segment, though, they were completely in stride, his hand grasping hers as they walked down the runway.

The audience sighed a collective “awwwwhhh” during the Dare to Party segment of the 2013 Fashion Show on February 22, in which students from the Lower School walked hand-in-hand with their Upper School friends.

“I really liked the walking,” Sukrit said, his head bobbing. “It was fun.”

Freshman Mary Najibi participated in the first fashion show in 2003 as a glamorous kindergartener.

“I don’t really remember my kindergarten self, but now I get to do a lot of fun things in the show,” said Mary, who modeled in the high-energy “Gangnam Style” segment.

“Back then, the kindergarteners had to walk all alone! But it’s a great way for the whole Harker community to work together,” she said.

“I’ve seen some of the students from when they were little to when they graduate out of the show, and I’m totally in love with everything about Harker,” said Casatico, who has conducted the live auction for nine out of the past 10 years.

Performing arts students across campuses also worked together. Downbeat and Lower School singers performed “Just The Way You Are” for the show’s finale.

“It was great because we learned the song individually but were still able to put it together with just a few rehearsals,” Downbeat performer Jeton Gutierrez-Bujari (10) said. “It went a lot better than expected.”

Ten-year-olds and 50-year-olds alike took their bows, and with that, Mission: Possible was 100 percent complete.